Ms. Angela Johnson-Williams is following in the footsteps of the lovely women who came before her. She comes from a family of educators. Her mother was a huge inspiration for her work. After years of working in the banking industry, her mom left and went back to school to become a preschool teacher. Her great-aunt was an educator, and her grandmother worked as support staff in the education field. Angela is a married mother of one son, who she is currently introducing to the education field. 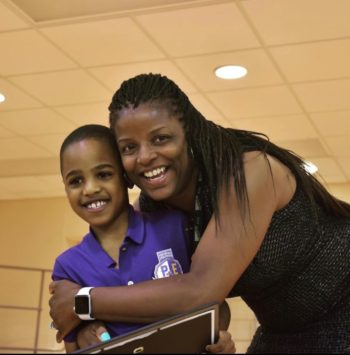 Angela Johnson-Williams started her career in education over 27 years ago as a math teacher. She eventually became the Chair of the Math department at a private High School. As the math chair, she strengthened her leadership skills by hiring the right team and aligning the school curriculum. The opportunity to open a Charter School came about, and she was very integral in the startup process. After a couple of years passed, she eventually applied for the principal position.

Angela Johnson-Williams has been the Principal for 14 years at Providence Englewood Charter Schools (PECS). Her goal is to make sure the needs of the students are being met. Angela uses her math background to collect data and share her findings with her staff. This data allows Angela and her team to support the students effectively. She noticed an increase in student performance for three years straight before the global pandemic. She notes 2019 remote learning was a little bumpy, but 2020 was successful due to the gathered data. Angela notes she is blessed to have a great team. She tried her best to get into all the zoom classrooms during the remote learning year, especially new teachers.

The PECS students are her biggest motivation. Along with her support staff, Angela Johnson-Williams greets each student by name every morning with a hug or elbow bump. Angela goes to each class to say good morning every day, and she pops in classes during the afternoon. The teachers and students are given feedback, and both are held accountable. Her goal is to keep the students engaged in the learning process.

This charter school has a full-time social worker for social and emotional support. The social worker observes classrooms and teaches social/emotional learning topics. Angela employs math and reading coaches to go into classrooms to observe and provide feedback. The PECS promise is for each eighth-grade student (family) to get a mentor to help with the high school application process. This mentor is available for the entire year. The goal is to help them apply to five high schools, including one private/catholic school.

A school positively impacts the community when it is full of thriving students. The Providence Englewood Charter School is a staple in the Englewood neighborhood. Around 98% of the students come from the surrounding neighborhood within a 1 to 1.5-mile radius. The students graduate from PECS and go to good high schools around the city, including Brooks, Lindblom, St. Rita, Lake Forest Academy, and Providence St. Mel School. The mission is to make sure the students are academically eligible to get into the best high school. 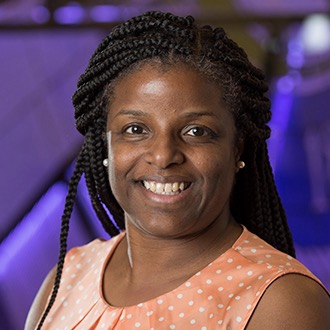 Principle of the Year Award

Illinois Network of Charter Schools (INCS) advocates for improving public education through charter school education. The fight for equality for charter schools at the state and local level then advocates for financial resources. The INCS gathers a diverse group of school leaders, parents, and community leaders to support high-quality schools in underserved neighborhoods.

Two of the PECS board members recommended Angela Johnson-Williams for the annual award. The board members submitted an application for consideration and two letters of recommendation for the Principal of the Year Award. Angela had the highest score of all the applicants. Once INCS announced the winner, the Director of Operations and Angela’s son, planned to pull off the surprise announcement at school. The Providence Englewood Charter School worked together to help reveal that Principal, Ms. Angela Johnson-Williams, was the recipient of the Charter School principal of the year award. Angela knew something was going on because people were making bizarre requests along with a quiet school.

Theresa Horton is a contributing writer for the Chicago Defender. Find her on social media @passionateresources.