By Cynthia Hubert | Special to The Sacramento OBSERVER

President Robert S. Nelsen, who for the past seven years has overseen Sacramento State’s historic student achievement and shepherded the University through unprecedented challenges, will retire in July, he announced Wednesday, Nov. 2.

Nelsen will be remembered for his dedication to student success, his efforts to raise the University’s profile in the region, his commitment to diversity and inclusion, and a deep love for what he warmly called the Hornet Family, among other notable accomplishments.

Whether delivering a speech, shoveling dirt to break ground for a new campus building, or attending an athletic event, Nelsen has been widely admired for performing his duties with unbridled enthusiasm and a gentle sense of humor. His declaration “Sac State is No. 1! Stingers Up!” — often made with his wife, Jody, by his side — has become his signature valediction.

“Sacramento State will always be in my heart,” Nelsen said, adding some flavor from his Texas roots. “I wish I could be president forever, but I know the time is right for me to hang ‘em up.”

Nelsen, 70, became Sacramento State’s eighth permanent president on July 1, 2015, succeeding Alexander Gonzalez, who retired after 12 years of leading the University. Prior to arriving in Sacramento, Nelsen spent the better part of three decades in the University of Texas system.

He was president of UT-Pan American from 2010 to 2014 and served as special advisor to UT’s executive vice chancellor for academic affairs. His career also includes service as a professor of English, a vice provost, and a director of creative writing.

Nelsen earned his bachelor’s and master’s degrees in political science from Brigham Young University, and his doctorate from the University of Chicago’s Committee on Social Thought.

Arriving at Sac State, he said a primary goal was to improve graduation and retention rates, and success followed. Under his leadership, the University has seen a 187% increase in the number of students who graduate within four years. Sac State’s performance in the CSU’s Graduation 2025 initiative is among the best in the system.

With Nelsen’s oversight, the University surpassed its On The Rise fundraising goals, raising $239 million in its first comprehensive campaign. He celebrated completion of major campus projects, including the funding, construction and 2019 opening of the Ernest E. Tschannen Science Complex, and the Planetarium next to it. Nelsen also was instrumental in the creation of Sac State’s Antiracism and Inclusive Campus Plan, which is guiding the University toward its goal of creating a campus culture that is fair and welcoming to all.

The gains have occurred even as Sac State was forced to adjust to the devastating impacts of a global pandemic, which in March 2020 sent students, faculty, and staff members home to study, teach, and work. The campus quickly pivoted to online learning, and notably, the University’s enrollment and graduation rates held steady. About 31,000 students returned to campus in the fall, and the University maintains a COVID-19 positivity rate of less than 1%.

“Sac State’s student body is larger and more dynamically diverse than ever before,” Koester said. “Most important, the University has made extraordinary progress in helping that talented and diverse group of students reach their academic goals.”

Koester noted that Nelsen’s efforts to identify new and innovative ways to provide access and opportunity for area students led to a significant expansion of Sac State’s footprint, including the establishment of Sacramento State Downtown and planned construction of the Sacramento State Placer Center.

“Sacramento State is an exemplar of community engagement and partnership and, under President Nelsen’s leadership, has solidified its position as a vital anchor institution for the region while enhancing its statewide and national reputation,” she said.

“I congratulate President Nelsen on these achievements and on a shining legacy that will span generations.”

Nelsen said he is proud of Sac State’s progress and grateful for the dedication of the city’s residents and leaders, but is reluctant to take full credit.

“These accomplishments would have been impossible without the faculty, staff, students, and community members who have poured their hearts into this work,” he said.

“It is time for Jody and me to move on so that the University can continue to move forward. All good things must come to an end. The future is bright, and I know that Sacramento State will continue to be on the rise.” 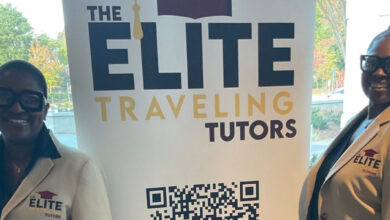