Imperfection is to be expected on the first day of school, even when there isn’t a global pandemic driving an all-virtual opening, which was the case for Shelby County Schools this week.

For one thing, technology was not fully cooperative as thousands of students logged on almost simultaneously during the first school day of the 2020-21 academic year on Monday (Aug. 31).

“There were some glitches and kinks that had to be worked out,” said Elsie Bailey, ex-principal of Booker T. Washington High School. Bailey’s 10-year-old granddaughter, Mackenzie Bailey, sat at the dining room table, busy with her lesson. The Grahamwood Elementary School fourth grader is a computer-savvy ‘whiz kid.”

Bailey said the virtual model is simple and quite practical. Under this teaching model, teachers teach, either remotely from home or from their classrooms at school.

“The parents’ job is to create a quiet place for children to sit undisturbed while they learn. I think our superintendent has done a wonderful job,” the former teacher and principal said.

“He (Ray) made the decision to go completely virtual and took the leadership of distributing the devices to our students and providing hotspots so that each child could use their device for school. There were first-day hiccups, but they were smoothed out in the end.”

Last Friday ahead of the first day of school, SCS Supt. Joris Ray encouraged principals, teachers, students and parents to “give each other a lot of grace and support during these next few weeks. …”

His rallying call came via a weekly school system update video on Facebook. He called Monday’s school start “an historic day unlike any other the district has faced in its more than 153-year history.

“We’ve planned and planned some more, to make the first day of school go as smoothly as possible,” said Ray.

Khoi was Student of the Year last year at her school.

“It rained some, so there were a couple of glitches,” said Mario Sims, owner of a limousine service. “We are embarking on a new way to educate kids, and parents must be involved to help the teacher.”

The girls took the IT issues in stride.

“I guess we can’t expect everything to be perfect because this is all new to everybody,” said Khoi. “We’ve been working on computers in the classroom for a while now, so this wasn’t so hard. But I guess we all miss going to school and seeing our friends.”

“There were e technical glitches at first, but I think the district had to do a lot in a very short period of time,” said Charles Lampkin. “But there is a virtual library, a 30-minute lunch period, two 15-minute breaks and recess. So, it’s going to work out, I believe. We just have to work through it.”

Whether it was the rain, overloaded hotspots or some other issue with the online connection, two of the boys were unable to resume classes after lunch break.

“Our Internet connection was unreliable, and it made the first day of school kind of difficult,” Zermaine said, clearly agitated that he couldn’t finish his lessons. “My teacher called to apologize, but it’s not her fault. We hope things will be better tomorrow.”

As unwelcome as sketchy Internet connections were, greater hardships were experienced by other families.

“I have three children, but only one of them received a computer because they ran out,” said Erika Boyd. “My 17-year-old has special needs and learning disabilities, and it’s hard for him to focus. He needs someone right there with him. I can’t do it because I work every day at a daycare. We need help.”

Her other son, Jeremiah Staple, is a ninth grader. He is presently registered at Memphis Business Academy, but has been accepted to White Station High School.

“Jeremiah has to take a test before moving on to White Station, but he didn’t get a computer. And, my daughter, Kayla, also did not receive a computer. … So, they were given packets with typed out lessons. I’ve got to get my children some help.”

Boyd said the school year ended so abruptly that her two boys didn’t really get what they needed.

“I think it would help if both my sons could repeat their same grades,” Boyd said. “It’s wrong to just pass them on. They are not ready for the next grade, and they both need to be sitting down with a teacher. They need to be in the building. I just need some more help. I need more support.”

And so the school year is underway. Some SCS educators acknowledged the start by posting an upbeat rap video to the district’s Facebook page, complete with positive lyrics and a contagious beat.

Still, there were challenges for teachers also.

“I have 16 students registered, but only nine were logged in today,” said Brenda Lewis, a second-grade teacher at Bethel Grove Elementary School. “I went over the rules for our virtual format and made sure they were understood. I made it through, but it was on a wing and a prayer.”

“Lots of parents had not picked up the laptops for their children, so that got to be an issue,” said Rivers. “I called those parents Sunday and Monday, on the first day. Some did come and pick up the laptops. Dr. Ray really tried to keep everything equitable. The computers are really great tablets that use windows and Microsoft.

“We’re standing strong in this district. It’s going to be a good year after all.”

This article originally appeared in the New Tri-State Defender

COMMENTARY: Ruining Our Schools with Politics!

Change the funding formula from BEP to AEP; then fund schools accordingly

Congressional Hearing Digs into the Roots, Contributions of HBCUs

An educator’s view of January’s mayhem

COMMENTARY: Ruining Our Schools with Politics!

Change the funding formula from BEP to AEP; then fund schools accordingly

Congressional Hearing Digs into the Roots, Contributions of HBCUs

An educator’s view of January’s mayhem 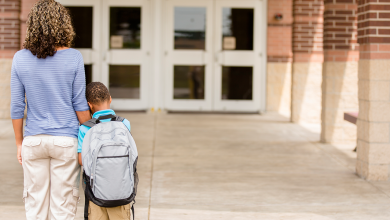 COMMENTARY: Coronavirus – threat, opportunity or both?