Those in Higher Ed are anticipating the Supreme Court’s review of a lawsuit filed by some Asian Americans specifically recruited by anti-affirmative action legal groups hell-bent on ending racial preferences in college admissions, particularly at Harvard.

The end of affirmative action would make it harder to achieve fairness if one could not identify underrepresented ethnic applicants.

But the way the Supreme Court is composed, it looks like affirmative action is dead. And not just at Harvard, but everywhere.

It also comes at a time when the policy is still necessary.

Harvard’s admissions notices went out last week, the numbers reveal not so much a problem with Asians, but a problem with Blacks and Latinx applicants.

African Americans saw a decrease. The new admits were 15.5% of the class, down from 18%.

Overall, the incoming admits are in keeping with the societal trend of minorities making up the majority, as the entire class is 59.6 percent Black, Indigenous, Persons of Color (BIPOC), and around 40% white.

But just as Harvard becomes more diverse, the school has also become more exclusive with its acceptance rate at a record low 3.19%.

I provide the numbers to give context. The Asian Americans are the largest percentage among BIPOC and they are suing?

In the meantime, the decreases in the Black and Latinx populations should be more alarming, especially if these are coming when race can be used in admissions. What more if race was banned? Would we get double-digit decreases?

Ted Cruz Is Neither a Woman Nor an Asian

“Under the modern leftist sensibilities, if I decide right now that I’m a woman, then apparently I’m a woman,” said Cruz, who is definitely not a woman, but used it to argue if he could sue for discrimination.

Jackson responded properly that because lawsuits on those issues are “working their way through the courts,” she was not able to comment.

But Cruz pressed on, this time on race discrimination, referencing the case of Asians challenging Harvard’s affirmative action policies. “Could I decide I was an Asian man?” Cruz asked. “Would I have the ability to be an Asian man, and challenge Harvard’s discrimination because I made that decision?”

Once again, absurd. Ted Cruz is not an Asian. He could sue on his own.

And once again Jackson refused to answer because this is a case she might decide on.

But then Cruz got to the real question of whether Jackson, who had served on Harvard’s Board of Overseers, would recuse herself from the upcoming SCOTUS review of the lawsuit brought by Asian American plaintiffs against Harvard’s admissions policies.

And this is where Jackson said she was planning to recuse.

That was the news.

Jackson’s ascent to the court replacing Breyer doesn’t change the political dynamic. 6-3 is still 6-3 when Breyer goes, and Jackson comes in.

Still, announcing the planned recusal was just a stark reminder. The votes just aren’t there to protect affirmative action.

A friend of mine, a former law school dean, began to wonder aloud why Harvard didn’t try to settle the case by amending the admissions policy.

His reasoning is sound. “Over the years, challenges to disparate impact in housing policies that were on their way to the Supreme Court got settled because the civil rights community did not want to risk a major loss at the Supreme Court,” the former law school dean said. “Better to fix one policy and settle with one litigant than to have a Supreme Court decision making an unfavorable law.”

The point is all schools will have to follow the opinion if it does indeed end affirmative action policies.

“Institutionally, they have to be in compliance and not just wait to be sued,” my friend said.

If only Harvard had changed whatever policy prevented even more Asians from getting accepted (the ones who sued), then there would have been no SCOTUS decision, and no nationwide impact.

But now the Supreme Court will hear the case in October and render an opinion by June 2023.

Jackson makes history by being on the court. But there appears to be nothing she can do to save the policy that provided real opportunity for BIPOC students for decades.

Emil Guillermo is a journalist and commentator. His web talk show is on Facebook.com/emilguillermo.media; YouTube; and Twitter@emilamok. See recordings on www.amok.com 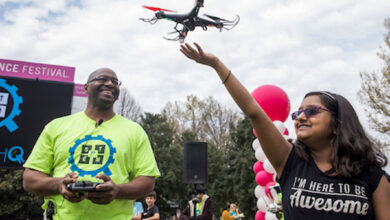