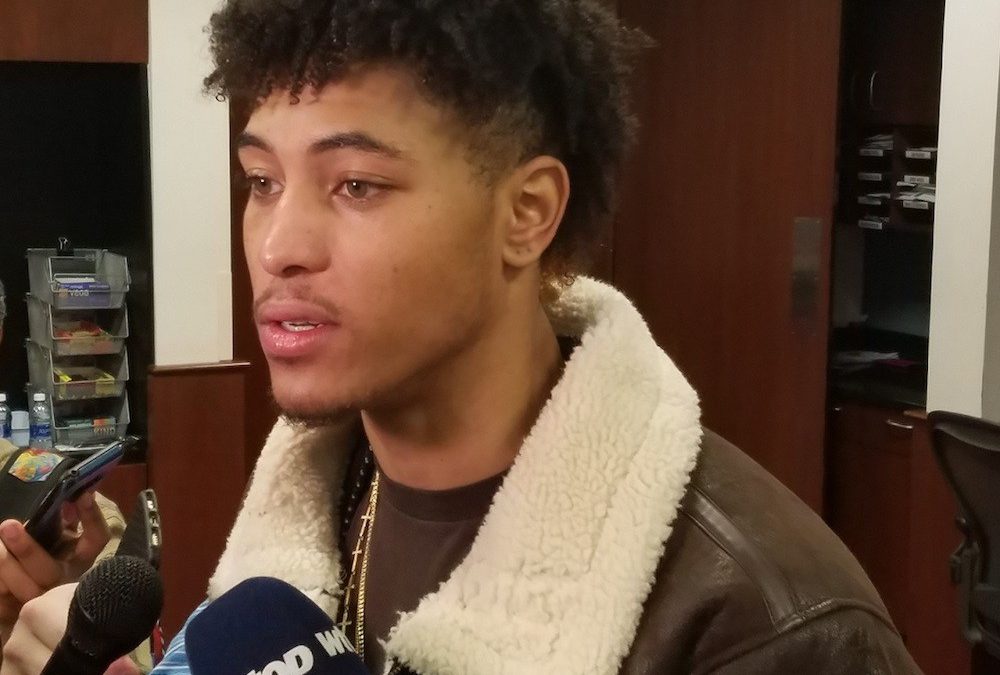 By William Guillory, NOLA.com | The Times-Picayune

Washington Wizards forward Kelly Oubre Jr. made his only trip to New Orleans this season on Friday (March 9), and he wanted to ensure it was a memorable one. After helping the Wizards walk away with a 116-97 win over the New Orleans Pelicans at the Smoothie King Center, Oubre presented 10 Cohen College Prep high school with $1,000 scholarships, he told The Washington Post.

Oubre, who spent his early years in New Orleans and moved away at age 9 after Hurricane Katrina, awarded the grants to 10 seniors from his father’s alma mater as a way to give back to his hometown. He also made sure to show off his New Orleans roots by wearing the jersey of New Orleans Saints star Alvin Kamara to the game.