What Would Trump’s Proposed Cut to Teacher Funding Mean for Schools? 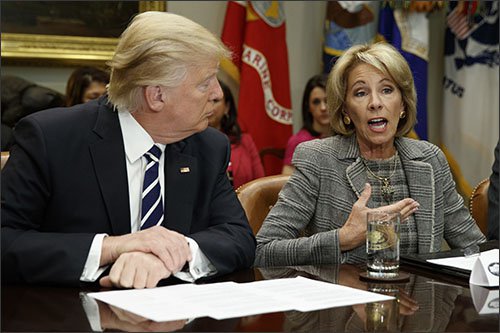 President Donald Trump has proposed getting rid of the Title II program, which has been around for more than a decade and aims to help districts and states pay for teacher and principal development, reduce class-size, craft new evaluation systems, and more.

The program, which is officially called the Supporting Effective Instruction State Grant prorgram, or Title II, Part A, is the third largest in the U.S. Department of Education’s budget that goes to K-12 education. Eliminating it would be a really big deal, state, district, and school officials say. Zeroing out Title II could hamper implementation of the new Every Student Succeeds Act, lead to teacher layoffs, and make it tougher for educators to reach special populations of students, or use technology in their classrooms.

The Trump administration, though, doesn’t see the program as effective. And its predecessor also questioned Title II. Former U.S. Secretary of Education Arne Duncan expressed concerns early on his tenure that the program wasn’t getting much bang for its buck. But overall, he was in favor of tweaking Title II, not ditching it…