OPINION: Our Children Are at Risk 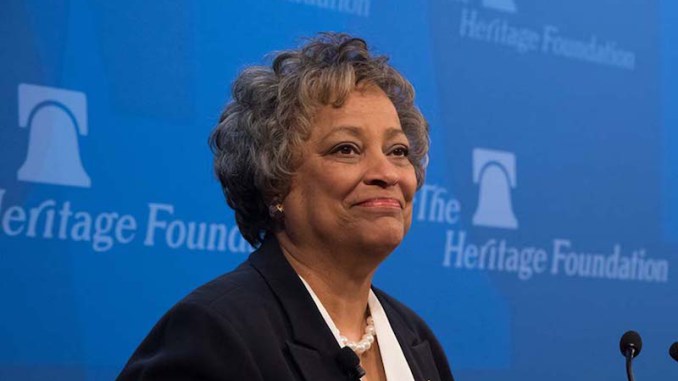 I’m sure President Obama’s heart was in the right place.

A few years ago, his Department of Education, in conjunction with the Department of Justice, studied school discipline data and came to a troubling conclusion: African American students in the 2011-12 school year had been suspended or expelled at a rate three times higher than White students.

This news sent shock waves throughout the community and government. There were already concerns of a “school-to-prison pipeline” that funneled disadvantaged children to jail. Now, there was renewed agreement that things had to change.

And so, in 2014, the Departments of Education and Justice put public schools on notice. If they suspended or expelled students of any racial group more than any other, they could face a federal investigation. In place of discipline to punish bad behavior, they were urged to use positive reinforcement instead.

As the grandmother of five school-age kids, I watched this closely. And as one of the Black students who integrated an all-White Richmond, Va., school in 1961, I was hopeful.

I hoped this policy would lead to safer schools. I prayed it would help students get a better education. And I felt confident it would open the door to a brighter future for our kids.

But like so many other parents and grandparents, I was wrong.

The federal government’s warning had an immediate impact. Schools across America quickly changed their discipline policies and reduced their suspension and expulsion rates. In doing so, they avoided the investigation threatened by the President. But at the same time, they put our children at risk.

Today, kids who bully and assault their classmates too often do so without fear of punishment. They know teachers have lost control. And they realize they can get away with behavior that never used to be tolerated.

As a result, when this summer is over, many students will once again face the fear of going back to school. That’s a tragedy! Schools should be joyous places where learning takes place. That’s what my classmates and I fought for in 1961. And it’s what should be the reality today.

Instead, danger lurks behind schoolhouse doors.

Joevon Smith is a heartbreaking example. A 17-year-old student with special needs who attended Ballou High School in Washington, D.C., Joeven was beaten up in his classroom and sprayed with a chemical. He was rushed to a nearby hospital, but never recovered. A few weeks after his brutal assault, Joevon died.

According to media reports, Joevon’s assailants wanted to steal his cell phone. That may be so. But because they were repeat offenders, loosened school discipline policies are also at fault.

That’s the case up the road in Baltimore, too. There, Jared Haga, age 10, and his 12-year-old sister Tamar have been bullied and threatened with violence. Tamar has even been sexually harassed and assaulted. In school!

As chronicled by “The Daily Signal,” Jared and Tamar’s mother tried to get this to stop. But when she complained to the principal, she was told nothing would–or could–be done.

Joevon, Jared, and Tamar aren’t alone. According to numerous reports, public schools are now less orderly and more dangerous. As Walter E. Williams has observed, the policy President Obama put into place has allowed “miscreants and thugs to sabotage the education process.”

Teachers apparently agree. In anonymous surveys, they describe how badly school safety has deteriorated. As one stated, “We have fights here almost every day. The kids walk around and say, ‘We can’t get suspended–we don’t care what you say.’”

That sentiment was echoed by another teacher: “Students are yelling, cursing, hitting and screaming at teachers and nothing is being done but teachers are being told to teach and ignore the behaviors. These students know there is nothing a teacher can do.”

Every child deserves to get the tools they need to make their dreams come true. But if they are too scared to focus, they won’t get them. Many will drop out, limiting their chance to get a job, raise a family, and pursue their life goals.

All because directives from Washington have made school districts fear they’ll be investigated for keeping their classrooms safe.

We can’t bring Joevon back, and Jared and Tamar may never forget the trauma they’ve experienced. But we can take action to fix the mistake that has been made.

For starters, the Education and Justice Departments’ school discipline policy should be rescinded. And if any threats remain, every family should be empowered with school choice, so they can choose safer learning options for their children.

I know President Obama meant well, but his administration’s action was wrong. So, it’s now time to make things right.

Our children should be at risk no more.

This article first appeared in The Milwaukee Courier.