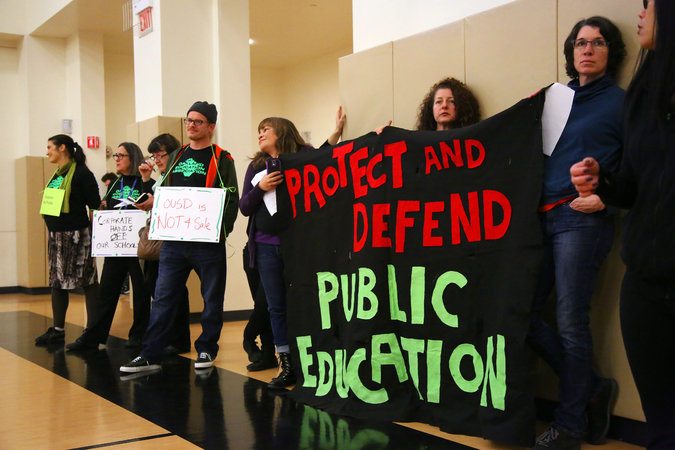 In the summer of 2017, Charleena Lyles, a pregnant 30-year-old black mother was fatally shot by two white Seattle police officers in her home as her three young children looked on. Lyles, who had called the police to report a burglary, reportedly suffered from mental illness. She pulled a knife out of her pocket when the police entered her home, but rather than tasing or subduing her with pepper spray, they shot her seven times.

Days after the shooting, seven black Seattle high school students formed “New Generation,” a school activist group that led a walkout at Garfield High School to raise awareness about the young mother’s death and to organize in their school and community for racial justice.  Uniting students with Charleena Lyles’ family on the one-year anniversary of her death, New Generation held a powerful assembly that launched the hashtag #RememberHerName to make sure that people don’t forget Charleena Lyles and the police violence that led to her death.

The death of Lyles is a symbol of the injustices the group of students has experienced and witnessed in their communities and even within their school. They wanted to take action not just for Charleena Lyles but for all people of color, especially their fellow students.

“We’re students of color and we share similar struggles, experience the same disadvantages, and strive to become more than what society has labeled us,” says Chardonnay Beaver, who founded New Generation along with classmates Janelle Gary, Myles Gillespie, Kevon Avery, Israel Presley, and Umoya McKinney.

“We’ve discovered that action is the first step in turning ideas of equality into reality. Because we’re students we have the opportunity to reach our peers directly.”

New Generation was a recipient of the 2018 Black Education Matters Student Activist Awards (BEMSAA), which gives recognition, support, and a $1,000 award to student leaders in the Seattle Public Schools who demonstrate exceptional leadership in struggles against racism—especially with an understanding of the intersections with sexism, homophobia, transphobia, Islamaphobia, class exploitation and other forms of oppression—within their school or community.

Over the past three years, nine Seattle Public Schools students and one youth organization – New Generation — have been honored with the award.

The program was founded by Jesse Hagopian, an Ethnic Studies teacher and co-adviser to the Black Student Union at Garfield High School in Seattle. Just like New Generation was spurred by violence, the award program was a positive outcome of a clash with police.