Karthik Nemmani of McKinney, Texas, has been declared winner of the 2018 Scripps National Spelling Bee.

Although Karthik, 14, didn’t win his regional spelling bee nor his county bee, he withstood the pressure of 18 rounds of back-to-back spelling in Thursday night’s finals at the Gaylord National Resort and Convention Center in Oxon Hill, Md., where he correctly spelled “koinonia” (Christian fellowship or communion, with God or, more commonly, with fellow Christians).

“I knew how to spell it the moment I heard it,” Karthik exclaimed shortly after winning the competition.

The soft-spoken Karthik, who entered the competition through a newly-instituted “wild card” program, snared the first-place $40,000 cash prize from Scripps, as well as other perks including a $2,500 prize from Merriam-Webster and a trip to New York City to appear on ABC’s “Live with Kelly and Ryan.”

Second-place honors went to Naysa Modi,12, of Dallas, who learned that just one letter made the difference in her being awarded the grand prize. Instead, she took home a $30,000 cash prize after misspelling “Bewusstseinslage” — a German-derived word meaning “a state of consciousness or a feeling devoid of sensory components” — for which she left out the second “s.”

Karthik, an 8th-grader who admitted not knowing about nine words in the finals, was complimentary of his final-round foe, calling Naysa “a really, really good speller.”

[/media-credit] Jah’Quane Graham, an 11-year-old student from the U.S Virgin Islands, seen here with parents Warren and Jamina Graham, fell short of the final round of the 2018 Scripps National Spelling Bee.

“She deserved the trophy as much as I did,” he said. “I got lucky.”

He added that having friends like Naysa in the competition helped.

“I guess [they] gave me a little more confidence,” Karthik said.

The field for this year’s bee, with 516 spellers ages 8 to 15 from the United States and several countries, was the largest in its 91-year history.

Washington Informer-sponsored spellers Noah Dooley, Robert Foster and Simon Kirschenbaum didn’t make it to the finals and neither were immediately available for comment.

However, as a first-time Scripps participant, 11-year-old Jah’Quane Graham from St. Croix, U.S Virgin Islands, also missed out competing in Thursday and Friday’s rounds. Yet, he smiled good-naturedly, saying he still enjoyed the participation.

“I was glad I got the chance to be in the national bee,” he said. “I practiced spelling a lot of words but didn’t get in the final rounds [Wednesday] which disqualified me from further participation. But I plan to keep entering until I can’t be in it anymore. Best of all, I got a free trip to Washington, D.C., and I can’t wait to see the White House.” 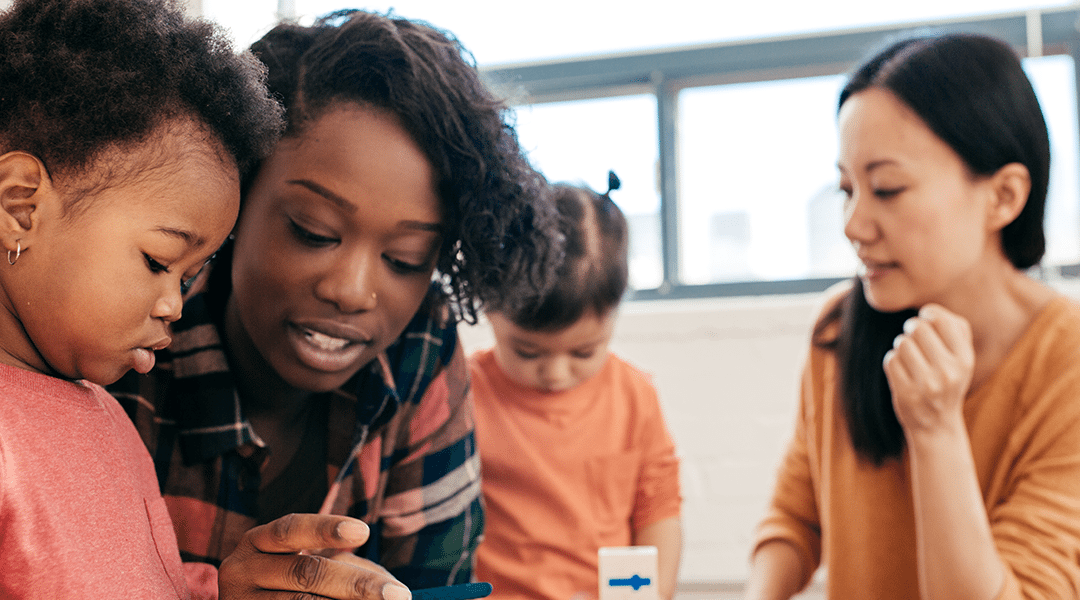 U.S. Secretary of Education Betsy DeVos announced today new federal assistance for students and schools impacted by Hurricanes Harvey, Irma and Maria and the 2017 California wildfires. An additional $2.7 billion, authorized by the Bipartisan Budget Act of 2018, will be used to help K-12 school districts and schools as well as institutions of higher education (IHEs) in their recovery efforts.

“The long road to recovery continues, but these funds should provide vital support to schools and institutions to help them return to their full capabilities as quickly and effectively as possible,” said Secretary DeVos. “I continue to be inspired every day by the dedication shown by educators, administrators and local leaders to getting students’ lives back to normal.”

Secretary DeVos has visited each of the hurricane-impacted areas and continues to be in frequent contact with education leaders as they restore their learning environments. In the immediate aftermath of Hurricanes Harvey, Irma and Maria, the Secretary deployed more than a dozen volunteers as part of the Department of Homeland Security’s Surge Capacity Force across Florida, Puerto Rico, Texas and the U.S. Virgin Islands. The Department continues to regularly send staff to Puerto Rico and the U.S. Virgin Island to provide on-site assistance.

The new Federal assistance announced today will allow the Department to launch the following programs:

Under this program, the Department is authorized to award funds to eligible State educational agencies (SEAs), including those of Alabama, California, Florida, Georgia, Louisiana, Puerto Rico, South Carolina, Texas and U.S. Virgin Islands. These SEAs, in turn, will provide assistance or services to local educational agencies (LEAs), including charter schools, and private schools to help defray expenses related to the restart of operations in, the reopening of, and the re-enrollment of students in elementary and secondary schools that serve an area affected by a covered disaster or emergency.

Under this program, the Department will award Emergency Impact Aid funding to SEAs, which, in turn, will provide assistance to LEAs for the cost of educating students enrolled in public schools, including charter schools, and private schools, who were displaced by the hurricanes during the school year 2017-2018 and California wildfires in 2017.

Congress appropriated a combined amount of approximately $2.5 billion for both the Restart and Emergency Impact Aid for Displaced Student programs. The amounts awarded under each program will be based on demand and specific data received from eligible applicants.

(3) Assistance for Homeless Children and Youth

Congress appropriated $25 million for additional grants to SEAs for LEAs to address the needs of homeless students displaced by the covered disasters and emergencies. The Department anticipates using data on displaced public school students collected under the Emergency Impact Aid program to make allocations to SEAs under the Assistance for Homeless Children and Youths program. SEAs will award subgrants to LEAs on the basis of demonstrated need. LEAs must use the funds awarded under this program to support activities that are allowable under the McKinney-Vento Homeless Assistance Act.

Congress appropriated $100 million for this program, which will provide emergency assistance to IHEs and their students in areas directly affected by the covered disasters or emergencies, for activities authorized under the Higher Education Act of 1965.

Congress appropriated $75 million for this program, which will provide payments to IHEs to help defray the unexpected expenses associated with enrolling displaced students from IHEs directly affected by a covered disaster or emergency, in accordance with criteria to be established and made publicly available.

The Department will be sharing additional information soon, including the application packages and technical assistance, on its “Disaster Relief” webpage at https://www.ed.gov/disasterrelief. 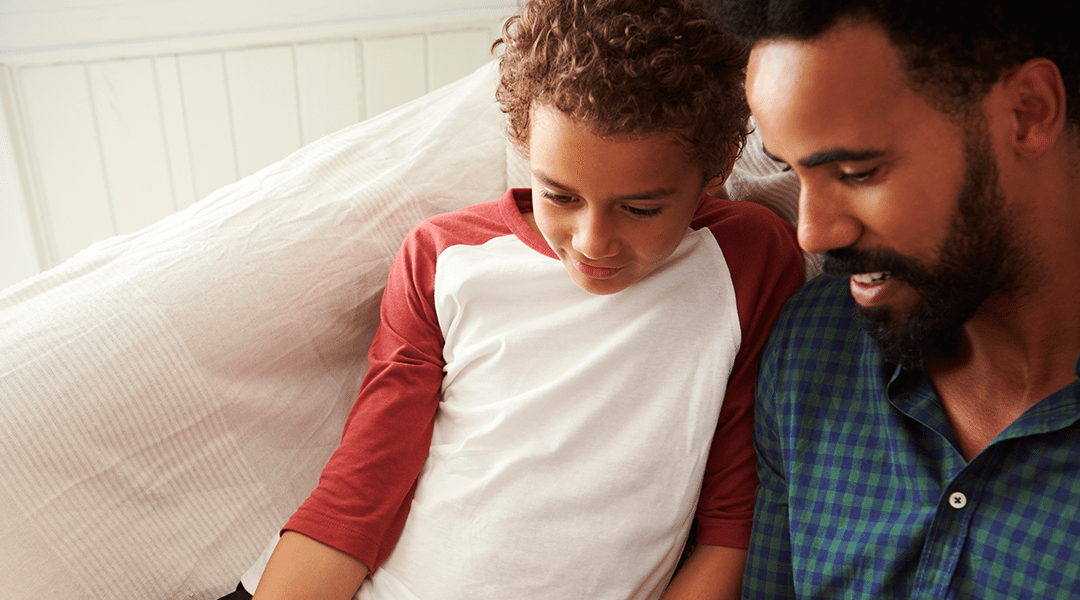 To Rebuild, Rethink and Renew

This past fall I had the opportunity to visit the U.S. Virgin Islands, twice — first, in October, and two weeks later, in the company of Secretary DeVos. There, I saw firsthand the wholesale destruction left by back-to-back hurricanes. The experience was both humbling and uplifting.

During my first visit, I joined the Commissioner of Education for the U.S. Virgin Islands, Dr. Sharon McCollum, on a car trip around the Islands. On our way, she noticed the owner of a damaged wholesale club store — he was outside, combing through inventory, trying to salvage any goods that Hurricanes Maria and Irma had spared.

Pausing our scheduled tour, Dr. McCollum stopped the car in front of the store. She began negotiating the sale of cleaning supplies to be used in some of the many schools under her care. Simply getting students physically back to school is a monumental undertaking, she said: they shouldn’t have to fear getting sick from mold and the like once they’ve returned to the classroom.

Her goal that day — as it is every day — was to return a sense of normalcy to the more than 14,000 students whose lives and studies were interrupted by the powerful storms. I learned that, these days, such encounters are an integral part of Dr. McCollum’s day-to-day work: staff told me she can often be found out in the field, exploring the Islands in search of supplies and other resources to help students get back to school and engaged in learning again.

This is a fundamental objective on the Islands, where the scale of devastation from the storms defies description. Surveying the damage by military helicopter, I was overwhelmed by what I saw. Roofs had been ripped off houses; stores destroyed; roads impassable. School facilities that had once been home to fine arts and music — integral parts of the culture and education on the Islands — are gone forever, with many well-loved instruments, such as the region’s iconic steel drums, lost.