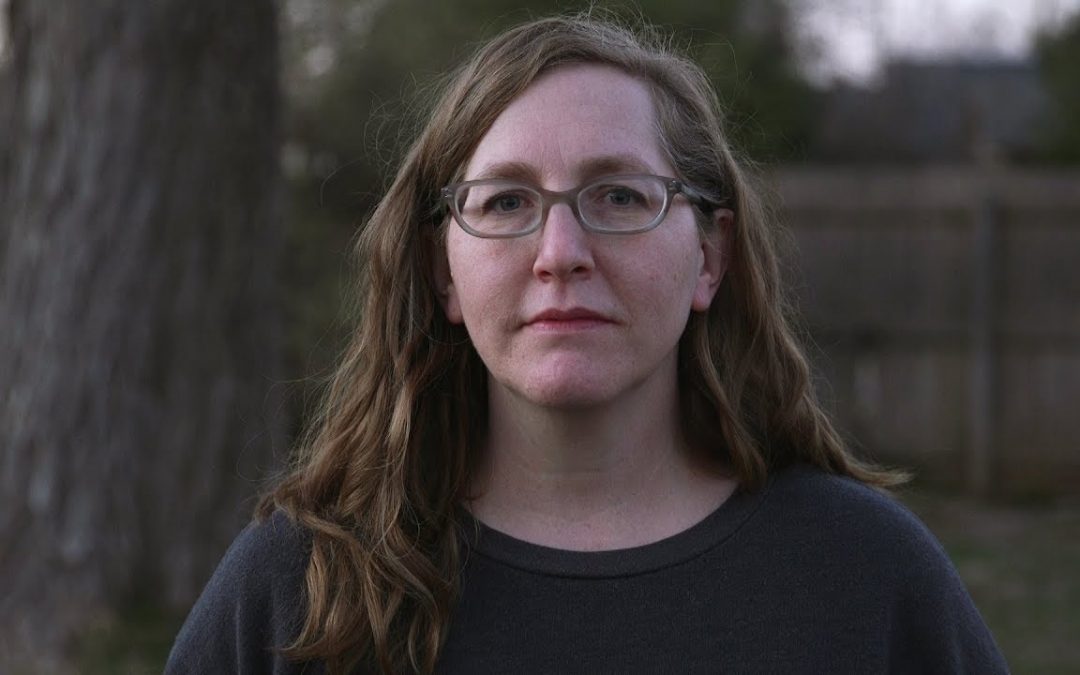 VIDEO: Fed Up With Low Pay, Oklahoma Teachers Prepare to Walk Out

Duncan, Okla.— Few educators here say they want a statewide teacher strike to happen. And yet there’s overwhelming agreement from educators that it’s the only way forward.

Union leaders have given the Oklahoma state legislature an April 1 deadline to pass a funding package that includes a $10,000 pay raise over three years for teachers and a $200 million boost to public schools. If that doesn’t happen, teachers across the state will walk out of their classrooms, and will not return until they get what they’re asking for, union officials pledge.

Oklahoma teachers are among the lowest paid in the country, and many work second jobs to make ends meet and to save for their future.

“I don’t like that [a walkout] seems to be the only course of action—I think if there was something else, we would all jump on that, but I just think we all feel at a loss,” said Kara Stoltenberg, a high school English teacher in Norman, Okla., who also works at a clothing store to help pay her bills. “It’s so disheartening. … I want to believe the best in people, I want to be optimistic. It just feels like with one thing after another, that hope is being crushed.”

Oklahoma’s shutdown proposal came on the heels of the nearly two-week-long teacher strike in West Virginia, which concluded when the legislature there passed a bill giving all public employees a 5 percent pay raise. After that stunning victory, teachers in Oklahoma, Kentucky, and Arizona began to ask: “What if we did that here?”

Schools and classrooms across the country buzzed with excitement on February, 22, 2018 as thousands of educators and students celebrated the seventh annual Digital Learning Day (DLDay).

The celebrations have come to an end for now, but here are three things we learned from another great DLDay:

Each year, DLDay provides a powerful venue for education leaders to highlight great teaching practice and showcase innovative teachers, leaders, and instructional technology programs that are improving student outcomes. But it wasn’t always that simple.

When the Alliance for Excellent Education created Digital Learning Day in 2012, the idea of technology in the classroom was a new, even controversial idea. The first DLDay was about creating a safe place for educators to try something new with technology, to give up a little control and see what happened.

In the years since, many schools and school districts around the country have turned every day into a digital learning day. Technology is transforming classrooms. But the DLDay message remains clear: is not just about technology, it’s about learning and enhancing the role of the teacher in America’s classrooms.

2. It’s about the student, not the device.

This year, 2,000 local celebrations decorated the official DLDay map, providing a window into how education technology is incorporated into daily student learning. The key word here is incorporated. This is an important distinction. DLDay is not about putting devices in classrooms, it’s how they are used to advance student learning.

On DLDay, there were countless examples of devices being integrated into student projects and used to expand and enhance the learning experience.

Students in one school spent DLDay exercising, and tracking their miles using QR codes and apps. Others uploaded art projects into digital portfolios, or used stop motion animation to enhance a presentation, or conducted research and engaged in peer reviews using technology.

Researching the Annexation of Texas! The daily integration of technology into our social studies source sets really gets the kids engaged!!! @ElliottLearners#ElliottLearners#FriscoFutureReady@OfficialDLDaypic.twitter.com/561Az5NHzk — Amy Mestayer (@attrett78) February 22, 2018

On DLDay, All4Ed and Future Ready Schools ® (FRS) held a webinar highlighting a California district that is using a blended learning approach to support a performance-based system of progression. Students move through instructional content at their own pace, advancing only once they have mastered all the standards from the previous content level.

In the webinar, leadership from Lindsay Unified School District shared their experience and best practices for blended learning. The webinar also featured the release of a new report, Blending Teaching and Technology: Simple Strategies for Improved Student Learning, which offers a collection of strategies aligned to the FRS framework that school district leaders can use to implement an instructional approach supported by blended learning. Watch the webinar below. 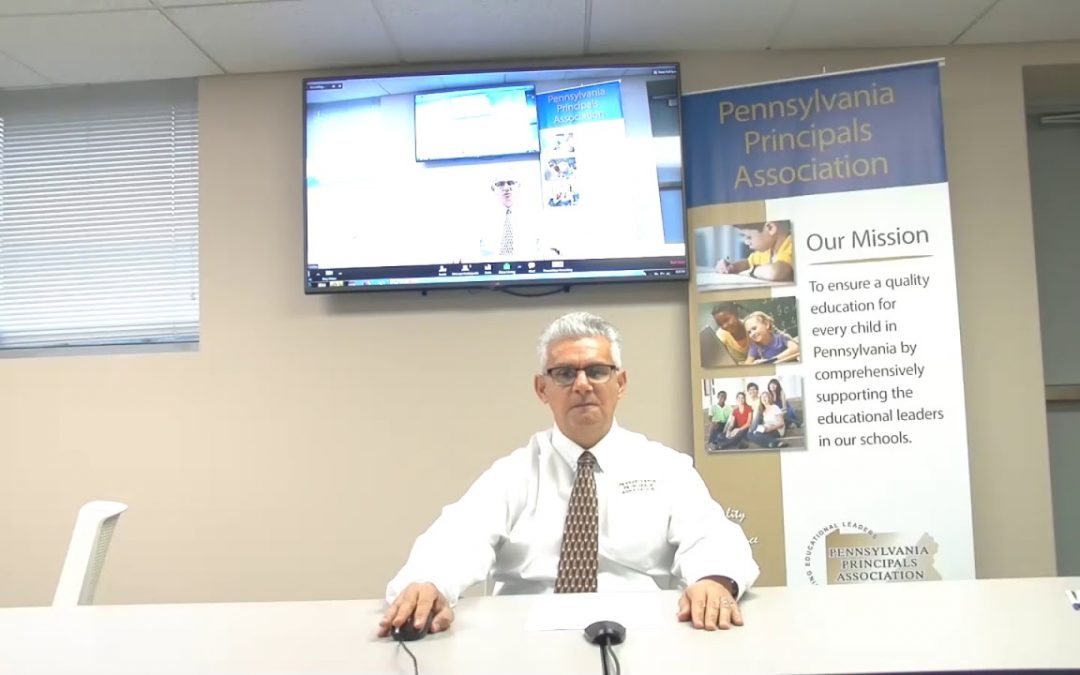 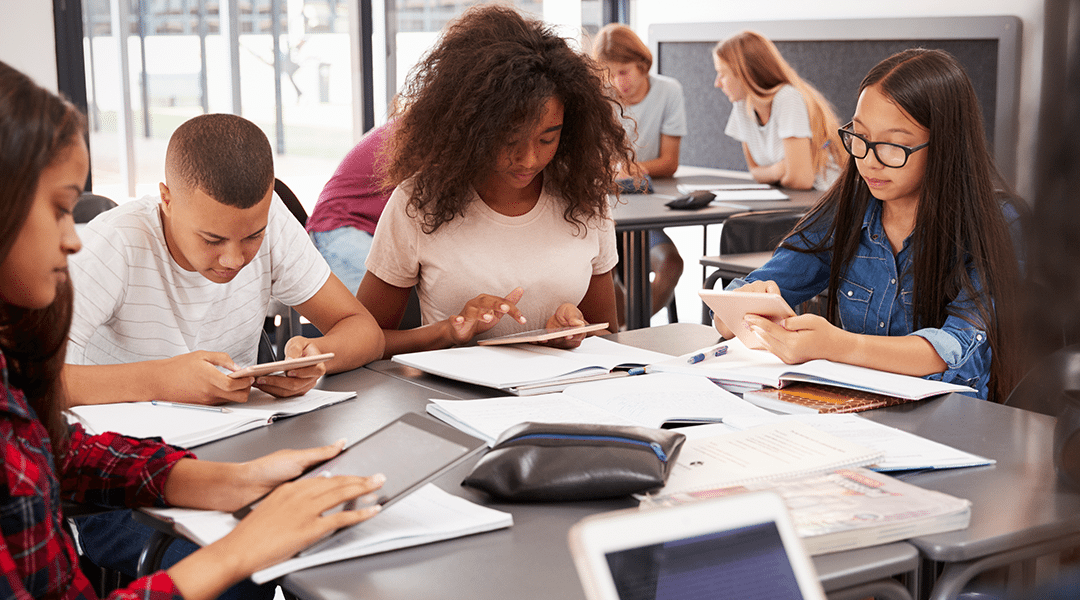 CHARLESTON CHRONICLE — Nickelodeon is celebrating Black History Month with a brand-new series of PSAs set in Charleston, South Carolina, that explore themes of education, culture and cuisine as they relate to African Americans.  Each PSA is narrated by kids and use Charleston’s storied past and rich culture as both a focal point and a backdrop, given how a sited more than 50% of African Americans are able to trace their ancestry to the port of Charleston, which served as a slave-trading center more than a century ago.

In the first spot currently airing across Nickelodeon’s linear platforms—Nickelodeon, Nick Jr., Nicktoons and TeenNick– the subject is the Avery Institute, built in 1865 and one of the first schools to educate African-American students, following a time when they were legally not allowed to attend school.  The second PSA, explores elements of African culture that have been passed down through generations and the importance of keeping traditions alive.  The third vignette in the series focuses on the African roots of soul food. 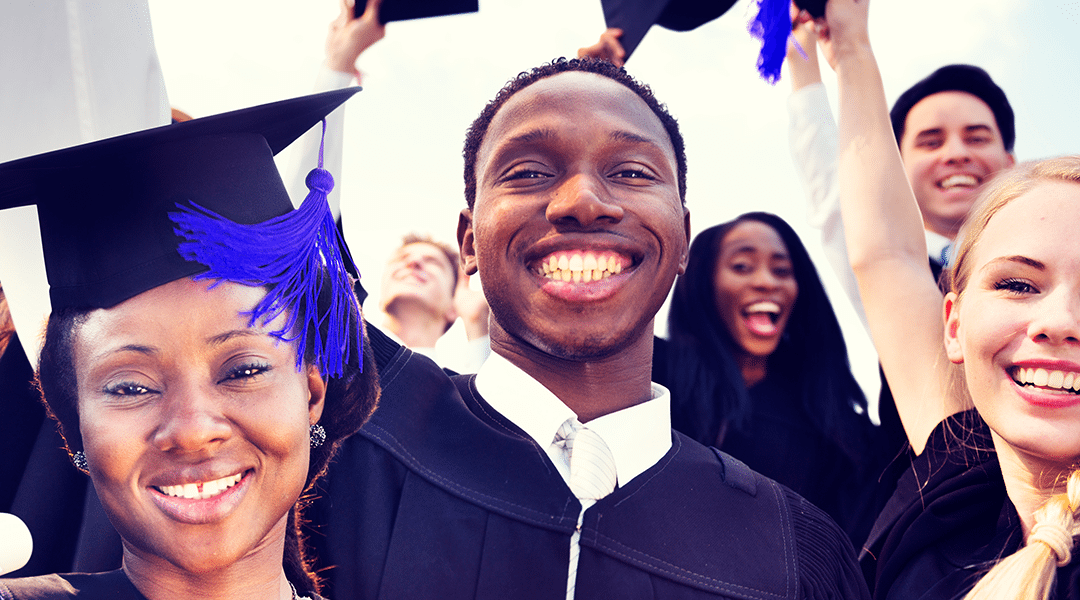 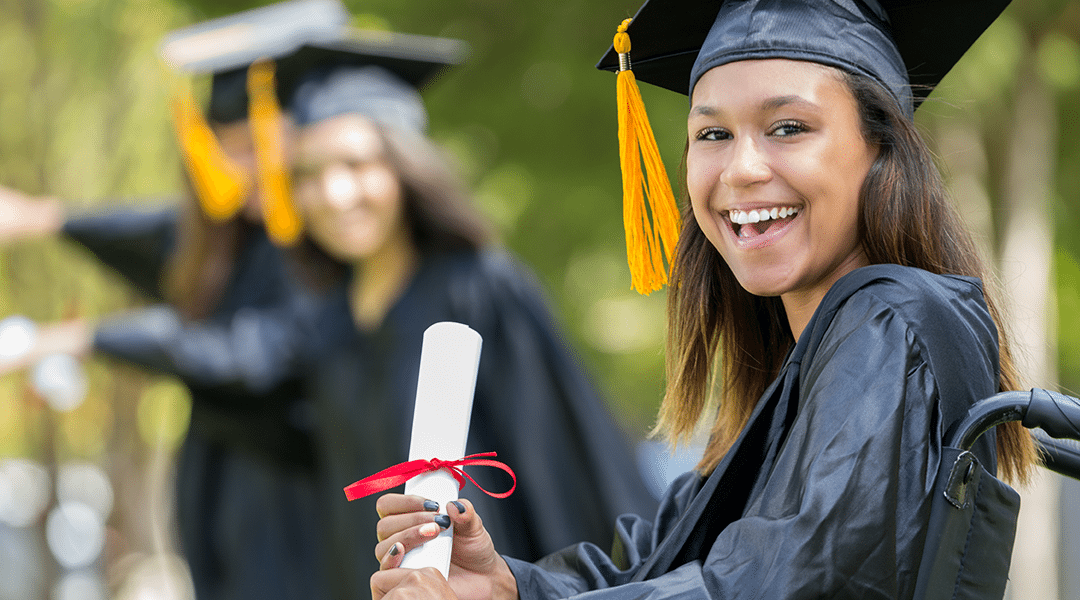 CHICAGO CRUSADER — The students of TM Landry College Prep school in Breaux Bridge, Louisiana have been spreading joy across the Internet with their celebratory college acceptance reaction videos. Each must-see video clip captures the moment one of students learns that they’ve been accepted to the college of their choice, as their friends, family members and teachers gather around to cheer in excitement along with them.

As we bring 2017 to a close, here’s a round up of their most lit reaction videos, which we absolutely can’t stop watching. Congratulations to all of these phenomenal students and to the school staff for continuing to encourage such a positive tradition!

BOWDOIN COLLEGE—RANKED #3 in the US in Liberal Arts—SAYS YES TO SENIOR, TROY GREENE. Here’s his acceptance video!

COLUMBIA UNIVERSITY—RANKED #5 in the US—SAYS YES TO GRADUATING JUNIOR, KAYLA AMOS. Here’s her acceptance video! (TM LANDRY 4 for 4 on the IVY LEAGUE colleges for the day)!THREE-PEAT-three years in a row TM Landry has gotten students into Columbia University!

BROWN UNIVERSITY—RANKED #14 IN THE US— SAYS YES TO TM LANDRY GRADUATING JUNIOR, ALIKO LEBLANC! Here’s her acceptance video! (TM LANDRY IS 3 for 3 on the IVY LEAGUE colleges for the day)!

YALE RANKED #3 in the US— SAYS YES TO James Dennis TM LANDRY’s 16 y/o graduating junior!—(TM LANDRY 2 for 2 on the IVY LEAGUE colleges for the day)! Here’s his acceptance video!

DARTMOUTH COLLEGE ranked #11 in the US SAYS YES TO TM Landry College Senior, KAMAN LEDAY!!! TM LANDRY 1 for 1 on Ivy Leagues for the day, out of a possible 4.

Wesleyan University said “YES” to our senior student ASJA JACKSON. Wesleyan is ranked #33 in the country!! Here’s her acceptance video!

Wesleyan University said “YES” to our senior student DEWELLYN HOWARD. Wesleyan is ranked #33 in the country!! Here’s his acceptance video! 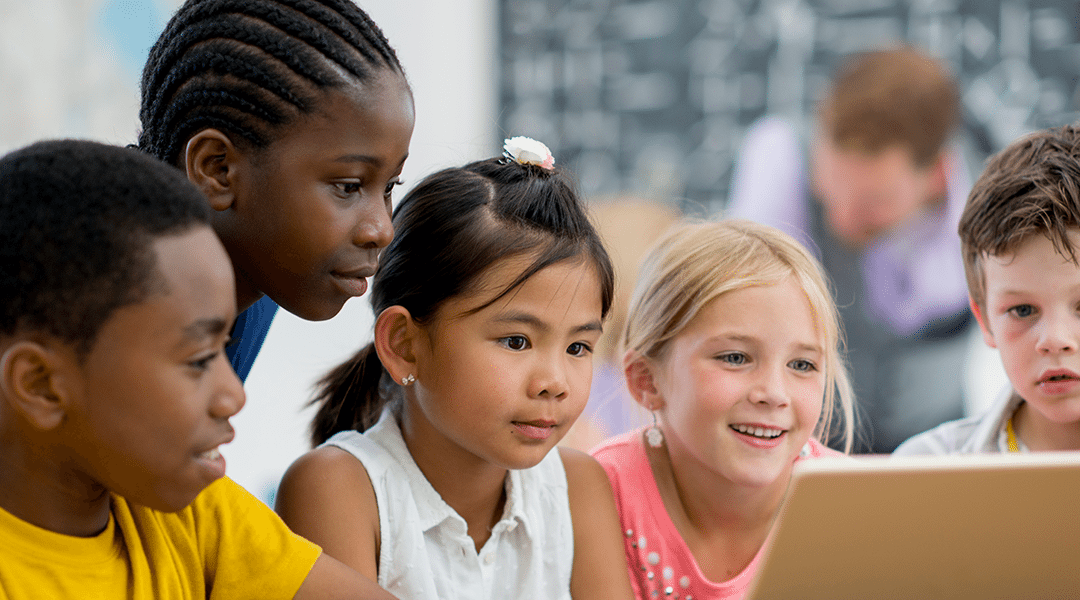 Kelly Neal works in Macon but lives in Jones County so her two children with intellectual disabilities can attend a public school that can accommodate them. 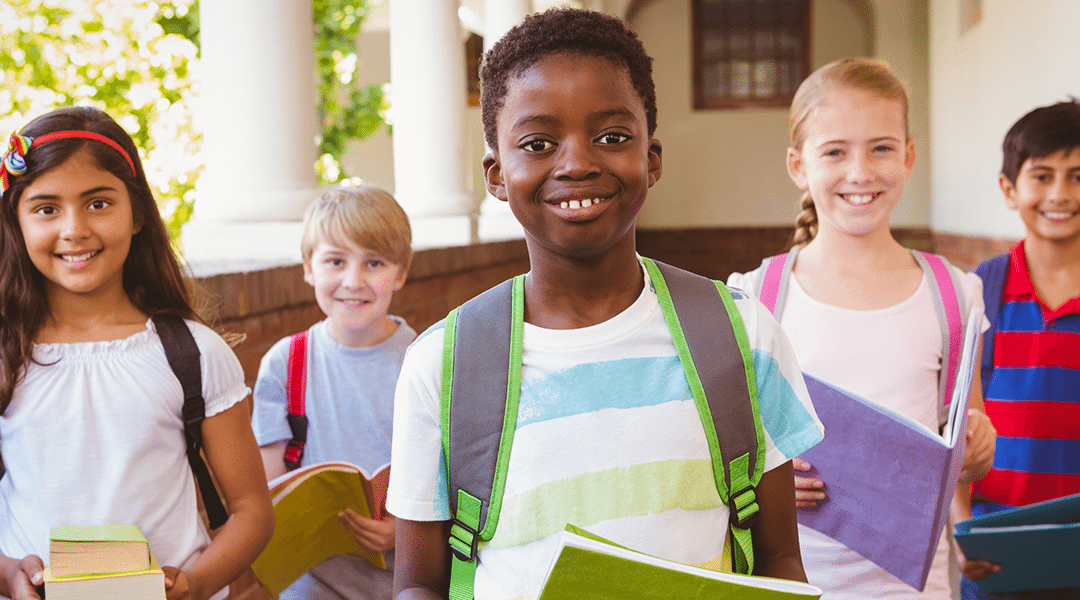 A humorous video that describes the process of making the Every Students Succeeds Act a new law. 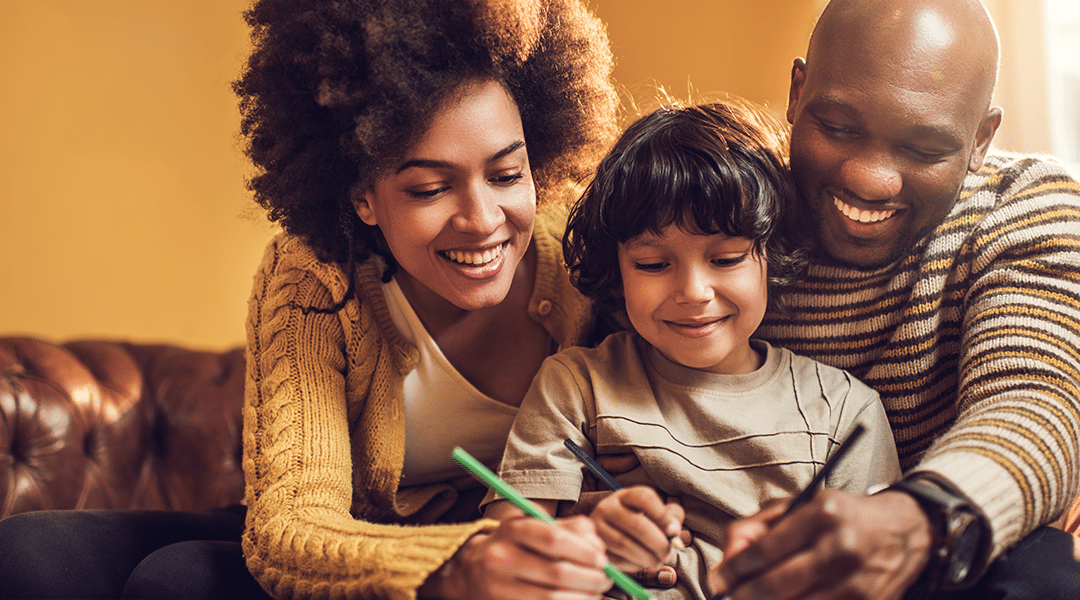 MADISON — About 61,000 students across the state are learning more about nutrition and good health while sampling familiar and not so familiar fruits and vegetables through a federal grant program that helps schools bring fresh produce into the classroom.

Wisconsin’s $3.2 million Fresh Fruit and Vegetable Program grant is supporting 169 schools in offering school day snacks to elementary students. Survey comments reinforce the importance of the program. “Kids really look forward to snack time.” “It’s amazing to see the look on the children’s faces when they realized how good these foods can be.” “Some students did not know the names or the taste of most of the snacks they received, so that was awesome to see their reactions.”

Students had their favorites, including carrots, grapes, strawberries, and sugar snap peas. They also tried less familiar foods such as jicama and beet sticks, broccoli, grapefruit, and starfruit. Because kids are already familiar with a variety of fruits and vegetables through the snack program, more of these items can be incorporated into the regular school breakfast and lunch menus. Another Fresh Fruit and Vegetable Program benefit is having children bring their tasting lessons home so families can explore more fruit and vegetable options. The program also complements school garden initiatives across the state, increasing kids’ desire to taste what they grow.

“I always like visiting the food service staff at schools,” said State Superintendent Tony Evers. “These dedicated individuals make it their mission to serve healthy foods that nourish young bodies so kids are ready to learn. The Fresh Fruit and Vegetable Program helps kids understand where their food comes from, why it’s important, and to ‘give it a taste; you might like it.’ ”

The Department of Public Instruction evaluated 240 applications for the Fresh Fruit and Vegetable Program, awarding grants to two tribal schools, 20 private schools, and 147 public schools. Schools were awarded funding based on enrollment and will receive approximately $50 to $55 per student to purchase additional fresh fruits and vegetables to serve free to students outside of the National School Lunch (NSLP) and School Breakfast programs (SBP). Participating schools submit monthly claims to the DPI for reimbursement for fruits and vegetables as well as some limited non-food costs related to running the program.

Eligible schools have 50 percent or more of their students receiving subsidized school meals or an equivalent rate for Community Eligibility Program sites. School applications also included a plan for integrating the Fresh Fruit and Vegetable Program with other efforts to promote sound health and nutrition. 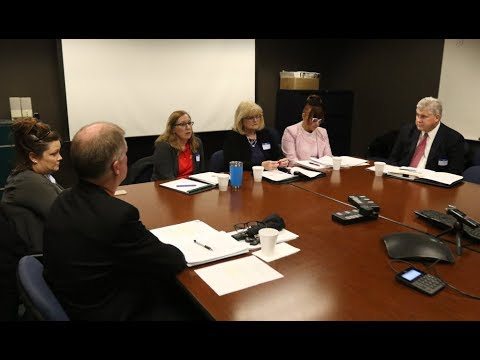 Times reporter Carmen McCollum talks with a group of Northwest Indiana school superintendents about ESSA, the Every Student Succeeds Act.