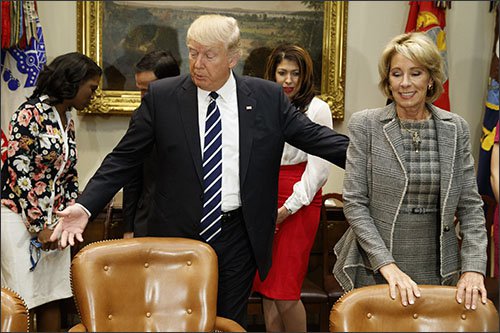 How Could Trump’s Budget Use $1 Billion in Title I Aid to Boost School Choice?

Along with the various cuts to the U.S. Department of Education’s budget proposed by President Donald Trump, the other part of Trump’s fiscal 2018 spending plan getting a lot of attention is the $1 billion the president wants to add to Title I in order to encourage open enrollment in public schools. There are a lot of questions about how that, along with many other parts of Trump’s education budget blueprint, would work. Let’s explore some of them.

First, it’s important to point out this increase isn’t necessarily and strictly a $1 billion bump for Title I. The budget says it’s an increase from the $14.9 billion that Title I grants technically get now. But ESSA gets rid of the Obama-era School Improvement Grants and instead shifts that money over to a portion of Title I money states can set aside for their own school improvement activities. That means that once Congress gets around to doing a regular fiscal year budget, Title I is already slated to rise to $15.4 billion.

So once (or if, for you pessimists out there) that happens, Trump’s proposed Title I funding increase would only be roughly $500 million… 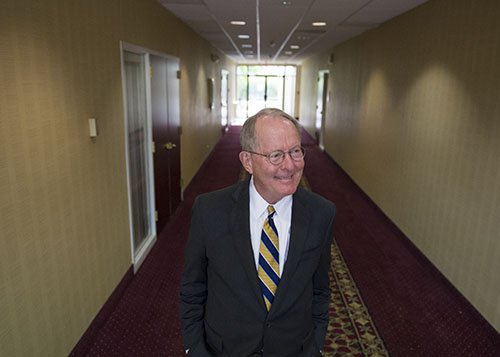 Sen. Lamar Alexander, R-Tenn., told a roomful of state education chiefs Tuesday that he’ll push to fund the new block grant Congress created under the Every Student Succeeds Act to help districts cover the cost of health, safety, technology programs, and moer. And he said he looks forward to the kind of innovation and change the new law can bring to states.

Meanwhile, Rep. Bobby Scott, D-Va., also an ESSA architect and the top Democrat on the House education committee, challenged states to develop plans that will look out for historically disadvantaged groups of students.

And Scott told those at the… 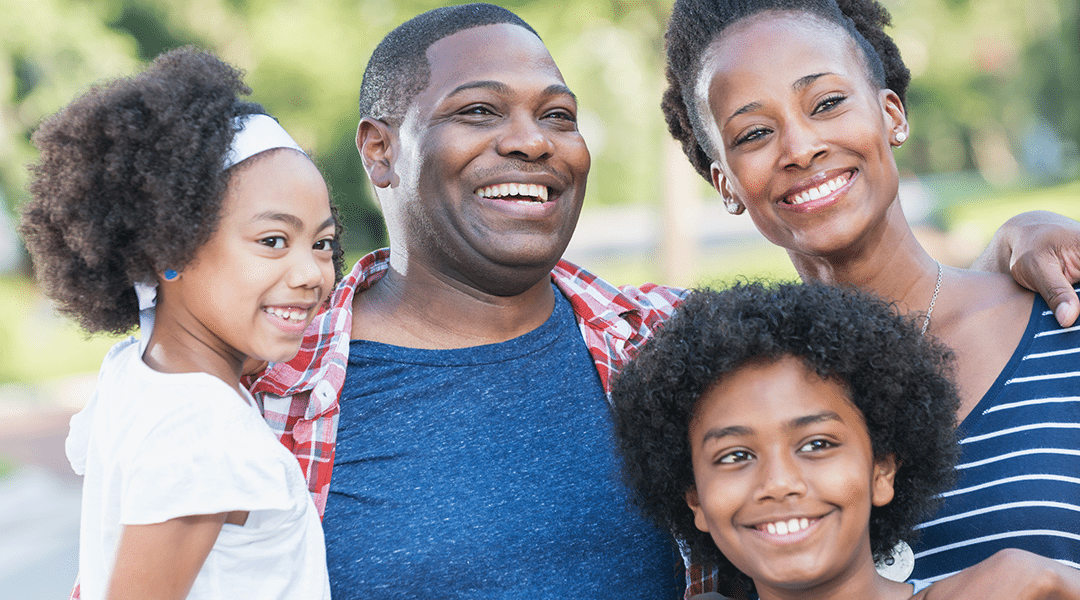 Miss Obama’s Education Department? There’s a Website for That

Democrats: Are you already missing the Obama administration’s Education Department?

Now you don’t have to go far for an Arne Duncan or John King fix. A small group of former Obama political appointees who worked to promote Race to the Top, Investing in Innovation, and many of the president’s other greatest (or worst, depending on your take) edu-hits have put together a website, Education44.

Liz Utrup, who worked in the communications office during Obama’s tenure, is one of the driving forces behind the site. It also has roots in Education Post, the advocacy organization run by Peter Cunningham, who worked as a top aide to Duncan when he was secretary… 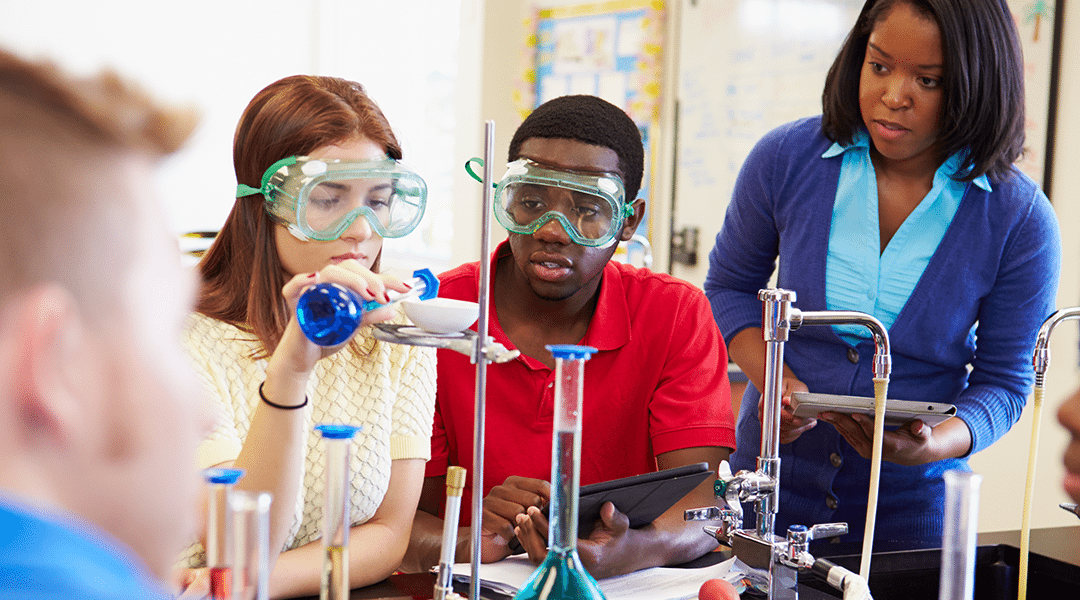 Trump Is Speaking to Heritage; Four Things to Know About Its K-12 Record

Set your DVR: President Donald Trump will be speaking at the Heritage Foundation’s “President’s Club” meeting Tuesday night. There’s no way to know whether, or how much, education will play in the speech. Supposedly, taxes are the big focus.

Presidents don’t address think tanks often, though, so this speech is a signal of Heritage’s influence in Trump’s Washington. And that matters for education because Heritage’s lobbying armâthe Heritage Action Fundâhas been an active player on K-12 policy in recent years.

Generally, the think tank has pushed for a much a smaller role for the feds in schools. Heritage has even opposed some Republican ideas for expanding school choiceâlike a federal tax credit scholarship programâbecause they’re worried about growing the federal footprint on K-12… 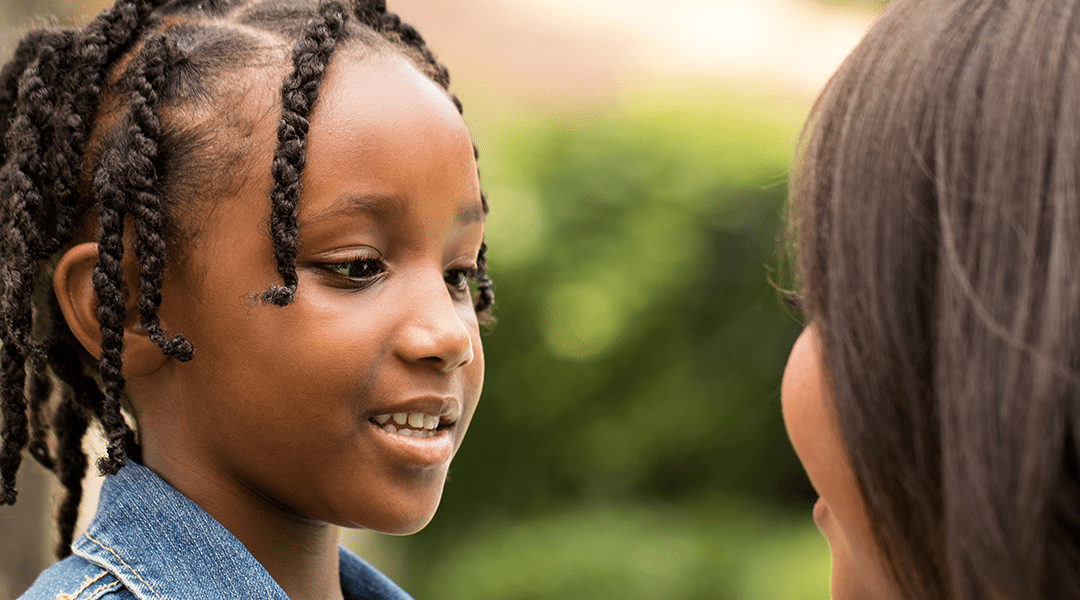 The U.S. Commission on Civil Rights, an independent agency charged with advising Congress and the President, has launched a two-year investigation into civil rights practices at several federal agencies under the Trump administration, including the U.S. Department of Education.

The commission, which made the move on Friday, plans to take a closer look at civil rights enforcement across the government, including the Departments of Justice, Health and Human Services, Labor, and Housing and Urban Development.

The panel is particularly concerned that the Trump administration is seeking to cut the budgets of the civil rights arms of these agencies. And it is bothered by statements by some cabinet officials, including U.S. Secretary of Education Betsy DeVos, that the commisssion says may demonstrate that the Trump administration isn’t going to take civil rights enforcement seriously. (DeVos is, in fact, the only cabinet official the statement mentions by name)… 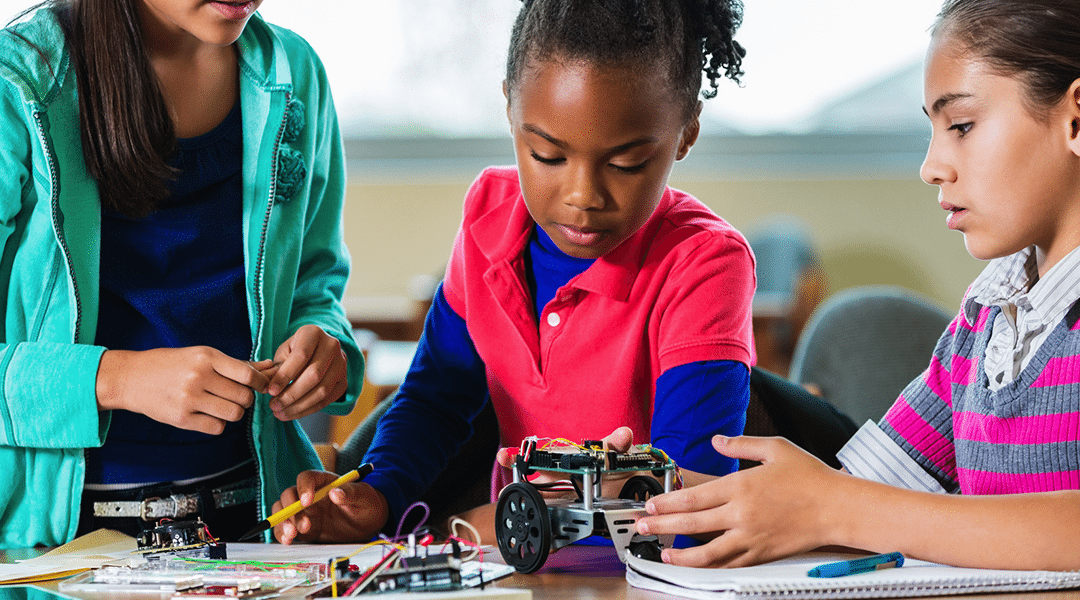 Trump Wants to Scrap After-School Funding. Here’s What That Would Mean.

So is the program working? What would happen if the money went away?

Here’s a look at the program and what it offers:

What is the 21st Century Community Learning Center Program?

The program, which has been around since the early 1990’s, distributes money by formula to states to cover the cost of after school… 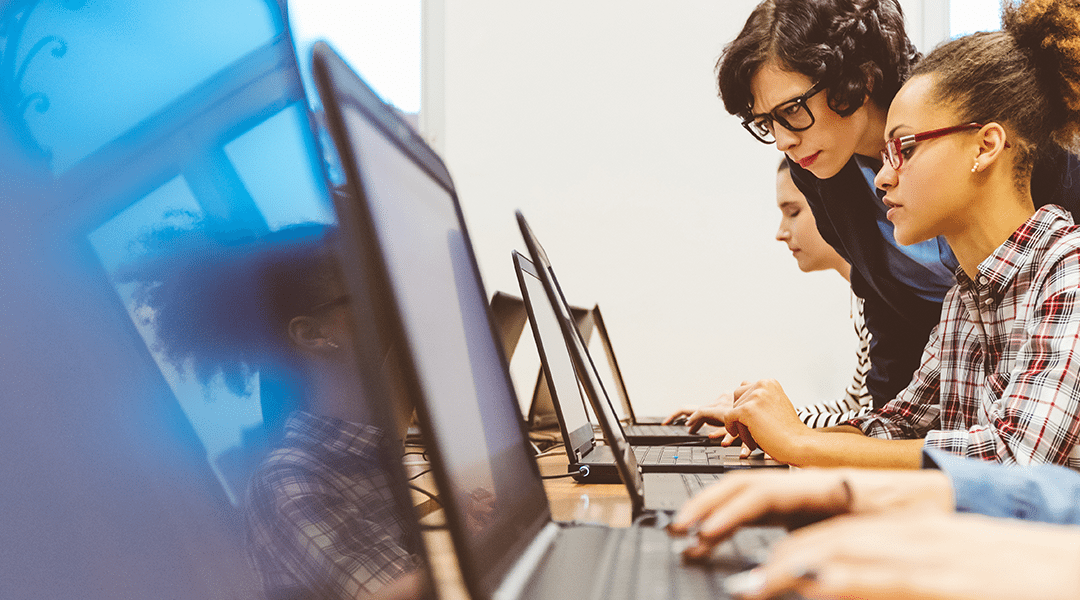 Washington — President Donald Trump used his first speech to a joint session of Congress… to frame education as “the civil rights issue of our time”—a line used by other leaders in both parties, including former Presidents Barack Obama and George W. Bush.

And he called on Congress to go big on his favorite K-12 policy, school choice, without laying out specifics. He asked lawmakers to “pass an education bill that funds school choice for disadvantaged youth, including millions of African-American and Latino children. These families should be free to choose the public, private, charter, magnet, religious, or home school that is right for them.”

The push for school choice is no surprise—it’s the education issue Trump talked about most often on the campaign trail. And Trump picked an education secretary, Betsy DeVos, who spent decades advocating for expanding vouchers and charter schools.

To underscore the power of choice, Trump pointed to Denisha Merriweather, one of a handful of honored guests, sitting with Melania Trump, the first lady… 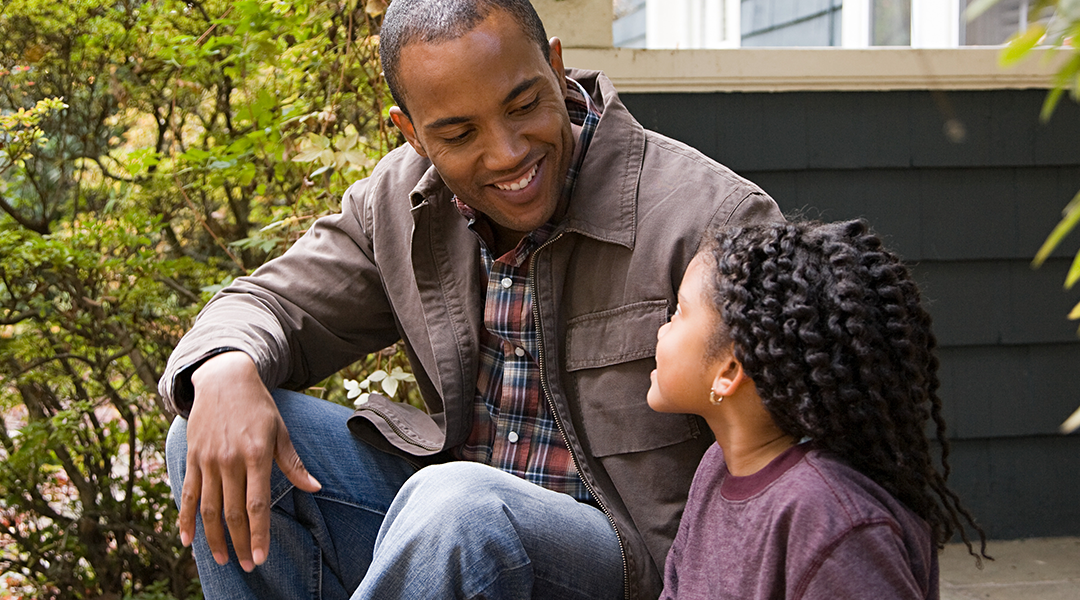 The Trump administration is contemplating dramatic cuts to K-12 spending, including a possible $6 billion reduction to existing programs in the U.S. Department of Education, according to multiple education policy sources who have gleaned details about budget documents still being finalized. The department currently has a budget of about $70 billion.

The possible cuts would be included in the Trump administration’s initial spending plan for fiscal year 2018, which begins Oct. 1 and generally impacts the 2018-19 school year. Such cuts in a budget proposal expected this week could mean a staffing reduction at the department in the range… 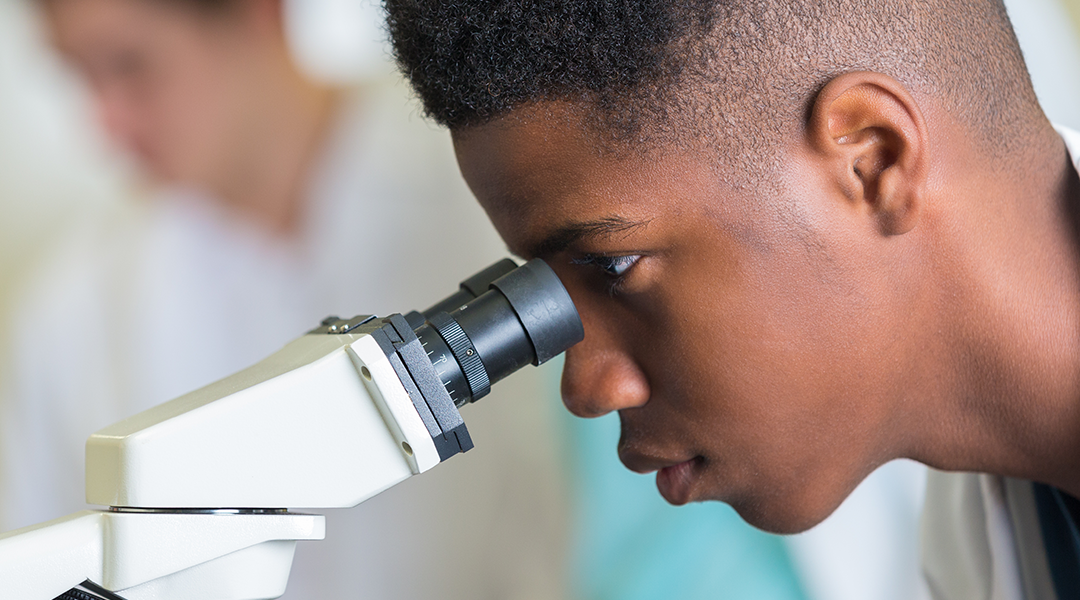 A broad contingent of civil rights organizations, educators, and advocates have come out against DeVos’ nomination.There’s a huge social media campaign to defeat her, and in-person protests across the country. At the same time, she has the support of Republican policymakers, like former GOP presidential nominee Mitt Romney, and even some Democrats and former Democratic Vice Presidential candidate Sen. Joseph Lieberman of Connecticut.

After a bumpy confirmation hearing, committee Democrats asked DeVos about 800 questions to flesh out her views on key K-12 issues. The top Democrat on the committee, Sen. Patty Murray, of Washington, asked DeVos some 140 questions, and made the answers public. (You can read them here.)… 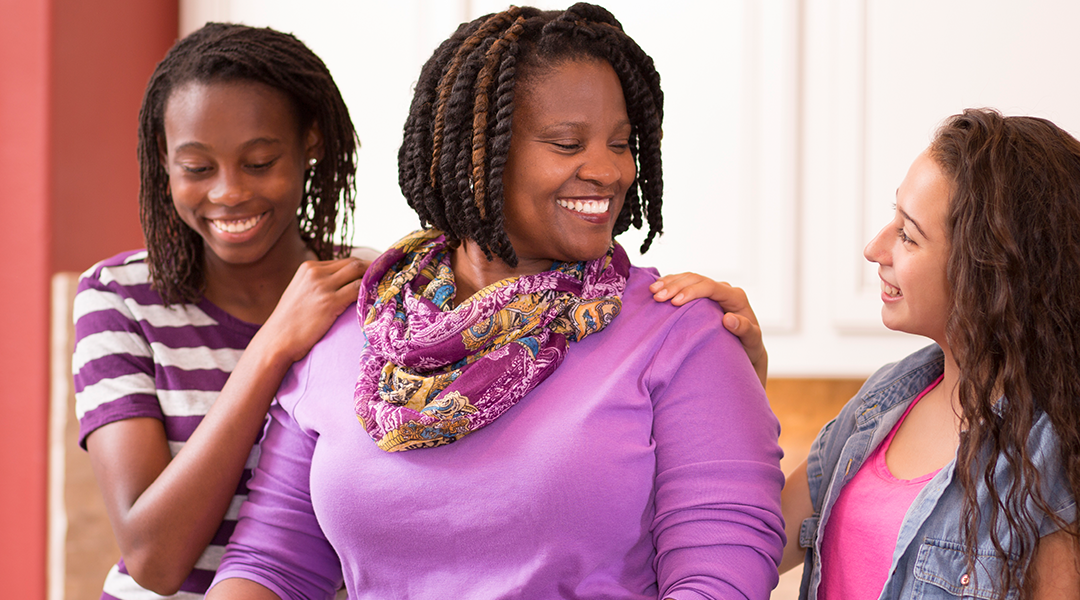 On Monday, President Donald Trump issued an executive order designed to reduce the weight of federal government regulations. The announcement came the same morning Trump met with several small business owners, so the new order seems intended to please the private sector and help trigger entrepreneurism and job growth. But let’s briefly examine what it could mean for the U.S. Department of Education.

Here’s the key part of the executive order:

“Unless prohibited by law, whenever an executive department or agency (agency) publicly proposes for notice and comment or otherwise promulgates a new regulation, it shall identify at least two existing regulations to be repealed.”