The Discovery program, hyped as a desegregation tool for elite schools, mostly benefited Asian students despite the fact that those students already account for a majority of enrollment.

In contrast, black and Hispanic children, who account for about 67 percent …

Read the full article here. May require a subscription to Educational Week.

African Americans and Latinos may have their share of differing opinions or political stances, but one area where both groups readily agree is that racist hatred will not be tolerated at their school.

A recent hate message to former principal Crecia Robinson, a three-time victim of racist messages at Lankershim Elementary School in San Bernardino, raised parental concerns from parents on both sides over the potential for discrimination in the classroom.

Last week, Superintendent Dale Marsden released comments that he would diligently pursue an investigation to bring the race hater to justice.

“Although the letter didn’t directly threaten physical harm to any staff or students, the contents of the letter were disturbing, unacceptable, and sufficiently threatened the climate and culture of Lankershim Elementary School,” said Marsden in a letter to parents posted on the school website.

Over three years ago, Robinson received her first piece of race hate in her mailbox in May 2015 with a message scrawled, “We do not want a black principal here,” and that the team should not have selected her.

A few months later, the San Bernardino Unified School District Affirmative Action Department launched its investigation over a second carefully constructed hate message of cut out and pasted letters, that were copied and posted in the staff room, saying “Thanks nigger for collaborating.”

The person that wrote the hate messages was never identified.

Ms. Robinson has since relocated to another department within the district.

San Bernardino school board member Danny Tillman said he recently visited the school, and attended community meetings where the environment appeared welcoming, and all seemed well.

The last investigation was conducted at the direction of the internal school police. This time around, he said the Board is giving direction and fully dedicating resources to catch the perpetrator.

No matter the cost, he said they are prepared to bring in the best investigators.

“Our [school] police department did an investigation last time, but they don’t do investigations day in and day out,” he said. “You’ve got some folks out there that specialize in investigations. We’ll bring in the best of the best.”

If parents are concerned about the environment of the school, he said the board is also prepared to help them move their children to another school.

“It’s sad that it has to come to that, but I have to make sure that the parents feel comfortable, and at least feel like their kids are in a safe environment. It’s terrible that we can’t identify who the person is,” he said.

Linda Bardere, the spokesperson for the district, said at this time she is not able to release the agency names involved in order to protect the integrity of the investigation.

“The last investigation ended when the team was unable to identify the person responsible,” she said in an email.  “The 2018 investigation that was launched on Oct. 2 will include an independent investigator, multiple law enforcement agencies and experts in hate crime investigations.”

Dr. Margaret Hill said the last investigation checked for fingerprints, reviewed surveillance, monitored the school, and was primarily concerned that staff and students were safe. Those protections were in place, but they were unsuccessful in the catch.

This time, she feels the process will be more productive because the superintendent has involved the entire community.

Everyone is watching and listening.

“It’s a small world,” she said. “You never know who might be able to talk to an outsider. When people know who’s involved, and [through] exposure to the community, someone will talk if they think they are not going to get into trouble.”

Having grown up in the segregated South, and as principal for 16 years at San Andreas High School, she’s seen just about every version of racism in existence, but she was also surprised at a recent conversation she heard.

One person commented that they couldn’t believe the racist was teaching Black kids.

“I said, you don’t want them teaching Latinos or white kids. A racist can get their point over to kids without the kids even knowing it,” Dr. Hill said.

The situation is historically familiar, and unnerving, but she said she is just as concerned about how what prejudiced teachers avoid in the classroom that also impacts the kids.

This article originally appeared in The Precinct Reporter Group. 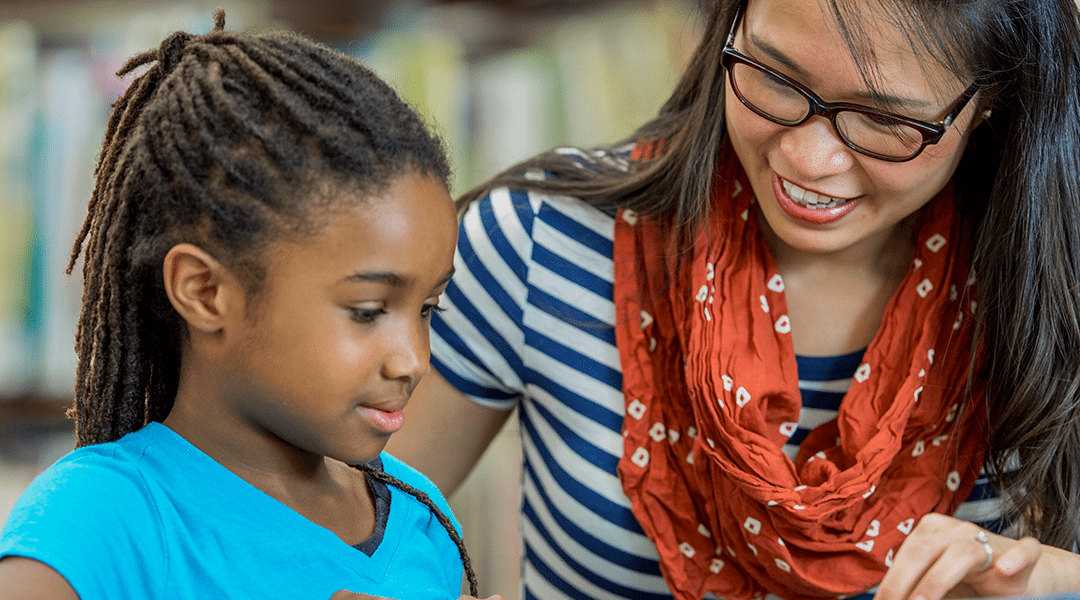 (This is the first post in a two-part series)

The new “question-of-the-week” is:

What should teachers’ unions look like 20 years from now?

Teachers unions are under attack and, in fact, they might be entering their most perilous time in decades.  At the same time, as teachers in West Virginia have shown us, good organizing can always find a way forward.

This seems like a good time to consider what our unions could and should look like twenty years from now.

Today’s contributors are Brian Guerrero, Nikki Milevsky, David Fisher, John Borsos, Jennifer Thomas, American Federation of Teachers President Randi Weingarten, and Shannan Brown. You can listen to a 10-minute conversation I had with Jennifer, Brian, Nikki and David on my BAM! Radio Show. You can also find a list of, and links to, previous shows here.

The Best Resources For Learning About – & Supporting – The West Virgina Teachers

The Best Resources For Learning Why Teachers Unions Are Important

The Best Resources On The Awful Friedrichs & Janus Cases

Brian Guerrero is a Teacher on Special Assignment for the Lennox School District in Lennox, California, president of the local Lennox Teachers Association, and a member of the Instructional Leadership Corps, a collaboration among the California Teachers Association, the Stanford Center for Opportunity Policy in Education, and the National Board Resource Center at Stanford:

Teachers unions are, at their core, Labor Organizations.  This is true today and it will be true twenty years from now.  We negotiate contracts and working conditions, salaries, and benefits, on behalf of and at the direction of our members.  We grieve contract violations and make sure members are fairly represented and receive due process.  We safeguard that teaching remains a viable, dignified, and desirable profession and that teachers have a say in decisions that impact their classrooms and students.  We are the collective voice of teachers and other educators, and students and schools are better for the environment we help create…