COMMENTARY: A Dream Deferred — Is the Every Student Succeeds Act (ESSA) Just Another Elusive Dream?

In 1951, Langston Hughes laid bare the anxious aspirations of millions of Black people in America with his poem, “A Dream Deferred.” In 1963, Dr. Martin Luther King, Jr. reminded America of the promissory note written to its citizens guaranteeing life, liberty, and the pursuit of happiness, in his “I Have a Dream” speech.

In 1964, President Lyndon B. Johnson attempted to make good on that promise by signing the Civil Rights Act into law. And in 1965, President Johnson sought to ensure equitable access to these unalienable rights by signing the Elementary and Secondary Education Act (ESEA) into law.

As a part of Johnson’s “War on Poverty,” ESEA was supposed to assist students of color in receiving a quality education, thereby helping lift them from poverty.

Since Johnson, presidents have re-authorized and/or launched new initiatives safeguarding the intentions of ESEA. Some of the most notable re-authorizations have been “No Child Left Behind” (2001, George W. Bush) and “Race to the Top” (2009, Barack Obama). The most recent re-authorization, the “Every Student Succeeds Act” (ESSA) was signed into law by President Obama in 2015.

In previous re-authorizations of ESEA, emphasis was placed on students’ ability to pass rigorous standards in order to proceed from one grade to the next. However, data from the National Assessment of Educational Progress (NAEP) show that a measurable achievement gap has persisted.

As education leaders review the individual state plans that have been developed and approved in keeping with the Every Student Succeeds Act, it is obvious that many states are making an attempt prioritize equity over performance. Some states have set timelines for their accountability measures, signifying the urgency of the problem, while other states continue to miss the mark by setting goals that are too distant, including the proposal of a twenty-year timetable to close the achievement gap.

I am concerned about ESSA State plans such as these, that pass the buck to future generations of educators and set the bar too low for vulnerable student populations.

Still, I find hope in the new reporting guidelines outlined in ESSA. ESSA requires State Education Agencies (SEAs) and Local Education Agencies (LEAs) to develop school report cards so parents can compare which school is the best fit for their children.

District report cards must include the professional qualifications of educators, including the number and percentage of novice personnel, teachers with emergency credentials, and teachers teaching outside their area of expertise.

States must also report per-pupil spending for school districts and individual schools. Expenditures must be reported by funding source and must include actual personnel salaries, not district or state averages.

Parents must get engaged to hold legislators and educators accountable for their ESSA State Plans. Parents must also hold themselves accountable in prioritizing the education of our children. Research shows that just one year with a bad teacher can put a child three years behind. Now, think about what happens after years of neglect and lack of advocacy.

So, what happens to a dream deferred?

Parents hold tight to your dreams for your children’s futures. Be present in the school, be the squeaky wheel and don’t be afraid to demand the best for your children. Don’t stop at the classroom or schoolhouse door if you aren’t satisfied with the education your children are receiving. The race for educational advocacy is a run for your child’s quality of life.

Be the Parent Teacher Association’s (PTA) president. Be the neighborhood advisory commissioner. Be the next school board member. Be the next mayor of your city. Be on the City Council. Run for Congress. Be all that you want your children to be. Be the example.

For more information on how you can get engaged, go to www.nnpa.org/essa

Elizabeth Primas is an educator who spent more than 40 years working to improve education for children. She is the program manager for the NNPA’s Every Student Succeeds Act Public Awareness Campaign. Follow her on Twitter @elizabethprimas.

It seems pretty likely that the Trump administration will revise or rescind an Obama-era directive intended to address racial disparities in school disciplinary actions. The “Dear Colleague” letter in question, issued by the U.S. Departments of Education and Justice in 2014, has been the subject of much debate of late. It stated that school districts could be investigated and found guilty of violating students’ civil rights when doling out punishments, even if the discipline policies were race-neutral and implemented in even-handed ways (in other words, even if there was no evidence of discriminatory treatment of students).

Yet, the latest federal discipline data, released earlier this month, show that African-American students continue to be disciplined at higher rates than white students. While U.S. Secretary of Education Betsy DeVos held roundtable meetings with lawmakers in April to hear debates about the guidance from both sides, there is no timeline for the administration’s final decision.

But school discipline reform did not begin with President Barack Obama, and it won’t end with President Donald Trump. Efforts for change have been gaining steam for years, which legislatures and school boards have increasingly codified into laws and practices at state and local levels.

Read the entire article here. May require a subscription to Education Week. 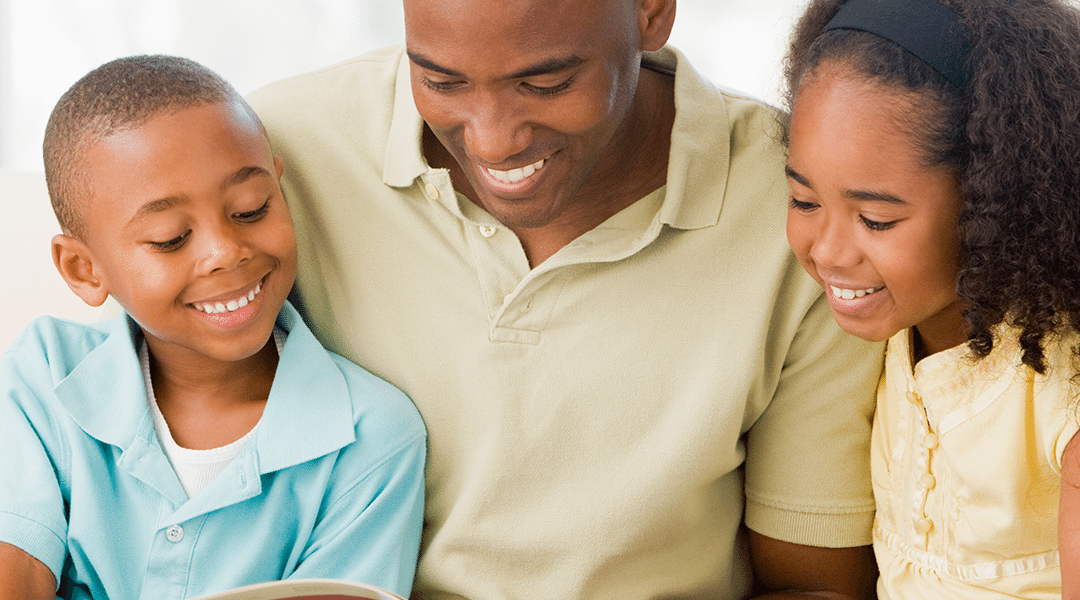 The Every Student Succeeds Act (ESSA) was signed by President Obama on December 10, 2015. ESSA reauthorizes the Elementary and Secondary Education Act (ESEA) and replaces the No Child Left Behind Act (NCLB) of 2001. ESSA creates an important opportunity for DC to expand upon its efforts around school improvement, educator development and support, and sharing of transparent and comparable information about District of Columbia public schools.

The State Board Makes 10 Recommendations for Final Accountability Plan

Read the recommendations below. They reflect the consensus of the SBOE that the weight of test scores should be reduced and additional non-testing measures that encourage a well-rounded education be added. Additionally, they also recommend the establishment of task forces on School Climate/Well-Rounded Education and High School Growth Measures. These task forces would provide recommendations to SBOE and OSSE for inclusion in the accountability plan by April 2018. Further recommendations relate to the use of PARCC with English Language Learners. Finally, the SBOE agrees with OSSE that the accountability system be reviewed regularly to ensure that the system is providing the information our residents need. SBOE is recommending that that process be done jointly between OSSE and SBOE.

D.C. SBOE and OSSE are currently developing a new accountability system under ESSA that will meet the needs of D.C. students. ESSA implementation begins in the 2017-2018 school year. Working together, the SBOE and OSSE must decide what indicators of school quality should be included in the accountability system, goals for improvement in each category (for all students and each subgroup of students), and how to weight the various accountability components.

OSSE produced a “straw man” draft meant to elicit comments. The SBOE responded with recommendations about what should be changed. We are specifically looking for feedback on three areas related to ESSA.

The Weight of Testing:  How much should test scores count in the school rating? The OSSE discussion draft suggests 80%; the SBOE response memo suggests it should be much lower. Overwhelmingly, parents and teachers echoed sentiments in their testimony that so much weight on testing has damaged education and has lead to a narrowing of the curriculum. There is pressure on schools to focus on teaching students who are close to the proficient cusp instead of those who score substantially higher or lower; a disincentive for schools to enroll challenging students, whose test scores typically grow more slowly; and, not enough attention to the non-academic aspects of education, including providing a nurturing, safe, challenging, engaging environment. Moving forward, parents and teachers want testing to be set at the lowest level allowed by law.

The Weight of Growth (Individual Progress) in Relation to Proficiency (Achieving Set Standards):  Rather than only holding schools accountable for reaching specific proficiency levels, ESSA offers the opportunity for DC to rate schools based on the academic progress students achieve. In spirited testimony throughout the evening, there was a nearly universal call for increasing the emphasis on student progress and including a measure of growth in the new plan.

The OSSE straw man draft gives equal weight to proficiency and growth. The SBOE has written in its response that giving equal weight to proficiency and growth is “unfair in principle and unhelpful in practice. Schools that enroll lower scoring students—on average, students who are poorer, don’t speak English, and are in special education—have to be many times more effective than their counterparts to earn an equivalent rating…. In effect, under the current and currently proposed system, “when students begin their year at a low score, the school is in effect penalized for not raising the child multiple grade levels.

Safety, Engagement and Environment Indicators: The SBOE believes that it is important for all students, teachers and parents to feel welcome, safe, and engaged in their school—all qualities that research says directly influence achievement. This relates to many factors including facilities, school discipline, attendance, bullying, parent engagement, teacher turnover, and student reenrollment. Policy experts testified to the need for a climate survey that is research-based. The goal would be to measure the aspects of safety, engagement and environment that predict achievement. When we focus primarily on test scores, we lead schools to overly focus on test prep and the two tested subjects rather than a well-rounded education.

We Want to Hear From YOU!

Please share your thoughts on ESSA with us online by emailing sboe@dc.gov !