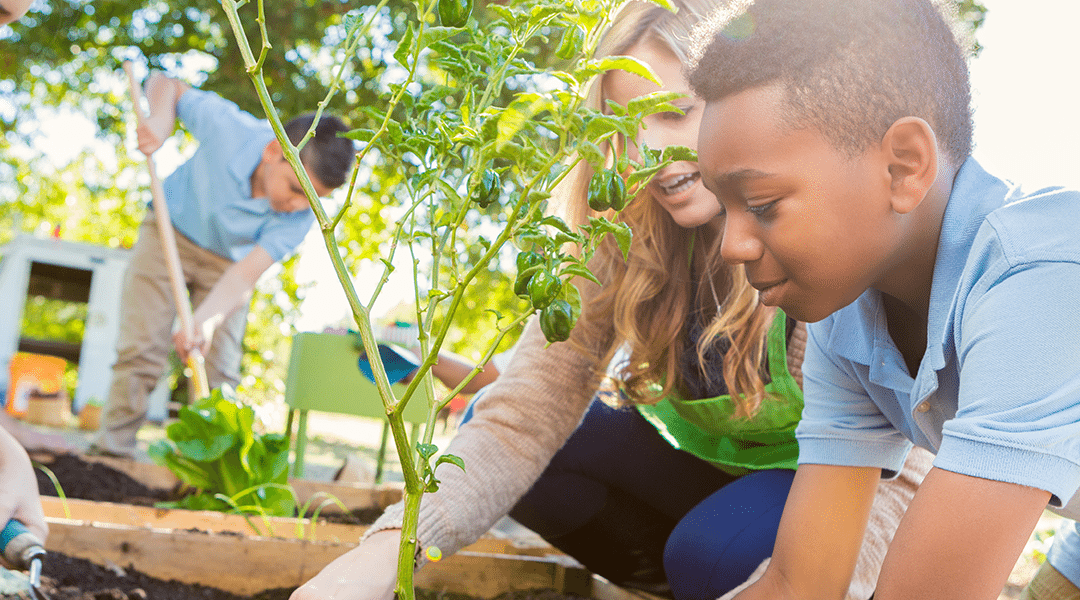 No Food, Paper, or Pencils Left Behind

A shocking amount of food meandered from lunch line, to tray, to trash. It was nearly enough to fill several 50-gallon cans, the educator says. In a county struggling with food insecurity, Von Ness refused to stand idly by. She began to investigate ways to fix a system that she says was clearly broken.

“I was appalled by the food waste at school,” Von Hess says. “We have two food pantries in our town overwhelmed with people in need.”

Seeing an abundance of food in one corner of her life and a severe need for food in another, Von Hess knew what to do.

First, she contacted the cafeteria food services manager who informed her that all food was funded by a state grant which required by law that students receive an item from each food group. Once food hit the tray, it could not return to the kitchen. The obvious destination for unwanted food? The cafeteria’s large gray trash cans.

Von Hess continued to search for information. She found no rule that said the unconsumed food couldn’t be earmarked for a destination beyond the cafeteria.

Pointing to the closure of nearby Atlantic City casinos between 2014 and 2016, Von Hess recalls how the closures rippled into households.

“They’re struggling to keep their homes and feed their families,” Von Hess points out.

Many of the area’s families depend on food pantries to survive. And donations help to fuel the survival of the food pantries. Von Hess, a member of the Hamilton Township Education Association, explained the donation idea to the food centers in her area. They loved it!

Next, she created a detailed proposal, and headed to a meeting of the district school administration bearing a detailed plan with a name created by her son: “No Food Left Behind.”

“Administrators were excited by the idea,” Von Hess says.

The program began at Davies in March 2015 and exceeded expectations. According to Von Hess, students were eager to donate unwanted food items.

Here’s how it works: Students drop unwanted food in boxes. After lunch, paraprofessionals sort the items into categories for delivery to food pantries the same day.

Over the summer of 2015, Von Hess collaborated with principals and paraprofessionals from neighboring schools to help them start their own programs. By that September, several schools were collecting food too.

“The food that we take to the pantries helps a lot,” says Von Hess. Collectively, the schools donate about 40 reusable grocery totes of food to area pantries per week. Von Hess says schools contact her often seeking advice about pioneering their own programs.

“My role as a paraprofessional has helped me to see community problems,” says Von Hess who is proud that her school got the ball rolling with “people who did not hesitate to jump in to help.”

School Nurses Vital to Student Health, In and Out of School

School nurses are an essential component to the health and wellbeing of students, particularly those with acute and chronic health conditions.

“For many of these students, without nursing services, attendance would decrease or students would be unable to attend school,” says Louise Wilson, health services supervisor and a school nurse in the Beaver Dam Unified School District in Wisconsin.

Wilson recalls sitting at her desk recently when she received a call from a concerned mother questioning whether her four-year-old son, diagnosed with diabetes, would be cared for during the school day. The child had Type I Diabetes, a chronic health condition that requires constant monitoring and a level of medical knowledge most educators and school administrators do not possess.

“I knew this mother was overwhelmed,” says Wilson, a nurse for 37 years, the last 25 working at schools. “She herself was trying to learn how to manage and safeguard her child.”

In recent years, school nurses have transcended treating the traditional bumps, bruises, and scrapes, to become a central force in helping parents gain access to healthcare for their children.

For example, in some states, school nurses work in conjunction with private healthcare providers and parents to help manage students with chronic diabetes, asthma and other conditions. At many schools, nurses screen students for hearing and vision problems that could create a barrier to learning. 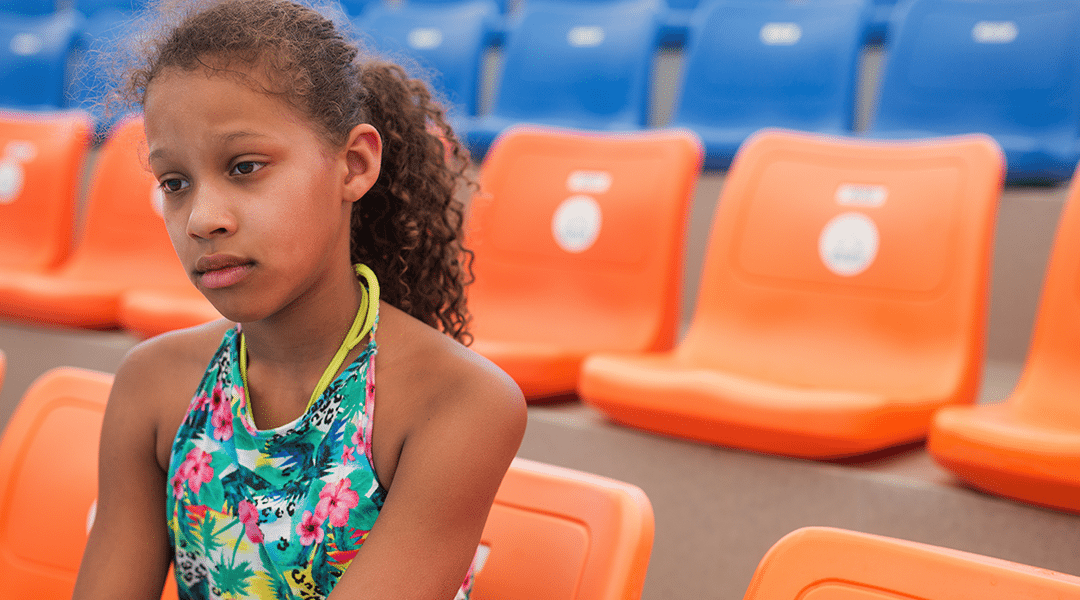 Paraprofessionals Come Together to Fight the Stigma of Mental Illness

Too often, students with mental health problems suffer alone. Their struggle with eating disorders, substance abuse, disruptive behavior, anxiety, or depression is in many cases cloaked in silence.

“Because of a stigma attached to mental illness, people are afraid to even discuss it much less ask for help,” says Shannon Fuller, president of the Keene Paraprofessionals Association (KPA) in New Hampshire. This was not something KPA members were willing to allow in their school district or community.

“Our students don’t choose to have mental health problems,” says Fuller, who has been a paraeducator for 18 years, the last four at Symonds Elementary School. “We had to do something.”

“It’s our first big project as a union,” Fuller says. Union members settled their first contract March 14 with the support of not only the school board but also local voters. In New Hampshire, K-12 public education employee collective bargaining agreements must be approved by union members, board trustees, and citizens. Voters approved the KPA bargaining agreement 254 to 57.

“Paraprofessionals work one on one and in small groups with students,” says Fuller. “We are in a unique position to detect the warning signs and possibly intervene when students are experiencing mental health challenges.”

While participants do not provide therapy or diagnosis involving mental health issues, they learn to listen non-judgmentally, give reassurance and information, encourage professional help  and self-help, and assess for the risk of suicide. The curriculum primarily focuses on support strategies that participants can use to help adolescents and transition youth, ages 12 to 18.

“By expanding the number of adults who are certified in mental health first aid, the district will be able to support students and in the long term improve academic outcomes,” says Kelly Untiet, communications coordinator of the wellness bureau. “By broadening knowledge beyond school counselors and nurses, we are able to use a common language amongst all adults who come into contact with students.”

Untiet says there are tremendous short- and long-term benefits to students, teachers, and parents when schools focus on students’ mental and behavioral health.

“We have seen consistent reductions in office discipline referrals, increased time in the classroom, improved school culture and climate, stronger relationships between families and schools … the list could go on and on,” she says. “By being deliberate and strategic in their approach, schools and their communities produce better results for students, and when that happens we all benefit.”

KPA, which represents approximately 85 paraprofessionals, recently sponsored a community event for the benefit of all Keene residents. After months of planning and coordination with the Keene State Initiative American Democracy Project, KPA members in March sponsored a speech by Judge John Broderick at Keene State College. The judge addressed his personal and family experience with mental illness. Members also invited a dozen mental health care providers and other vendors to set up information booths at the college’s student center.

“We had a variety of Keene community members in attendance,” says KPA Secretary Tammy Judd, a paraprofessional at Fuller Elementary School. “They wanted to find out about services in our area and, I think, feel like they are not alone.”

Almost 150 students, parents, educators, business and government workers turned out for the event. It was billed as the first of several “family nights” that KPA members have planned for the year.

“We sent out flyers across town and talked it up on TV and Facebook,” says Judd. “Based on some of the conversations I had, there were people from support groups who have a child or loved one who’s coping with addiction problems. They learned where to find help.”

Symonds school tutor Tammy Kuraner said vendors were sensitive to the stigma of mental health problems and offered pamphlets, bookmarks, and other literature attendees could discreetly slide into their purses and pockets.

“Some of the handouts had a suicide line and address printed on them,” Kuraner says. “There is such a stigma to suicide and mental illness parents might not want anyone assuming their child suffers from it.”

The vendors, she says, “respected your privacy and made you feel safe. They weren’t judging you or pushing themselves on you. There’s never been an event like this in our community that I’m aware of.”

People “Get Who We Are” Now

Before Keene paraprofessionals voted to join NEA-New Hampshire and settled their three-year contract, Judd says she sometimes felt like a “glorified babysitter.” Not anymore.

“We now have a sense of unity and recognition for the job we do,” she says. “We are finally being acknowledged for our contributions to the overall education team.”

Judd says administrators now seem to listen more intently to paras and to support their need for professional development.

“There was money available for us for this purpose before the contract was signed, but nothing seemed to happen with it,” she says. “A line of communication and respect has been established.”

In addition to increased opportunities for training, the para contract stipulates that their 11 holidays are now considered flextime and can be spread out over the school year beyond the traditional Christmas and spring break periods. While members will now pay more in health care co-payments and medication costs, they retained the same overall percentage cost of 17 percent for care over the next three years.

“Our first contact shows how much the public support us,” says Fuller. “People now seem to get who we are and what we do.”

Alyssa Zalaski has a daughter and son in the third and first grades, respectively. She says she is relieved that the paras now have a contract that provides benefits and job security.

“They truly care about students and the work they do,” she says. “I take great comfort knowing that people like this are interacting with my children and others on a daily basis.”