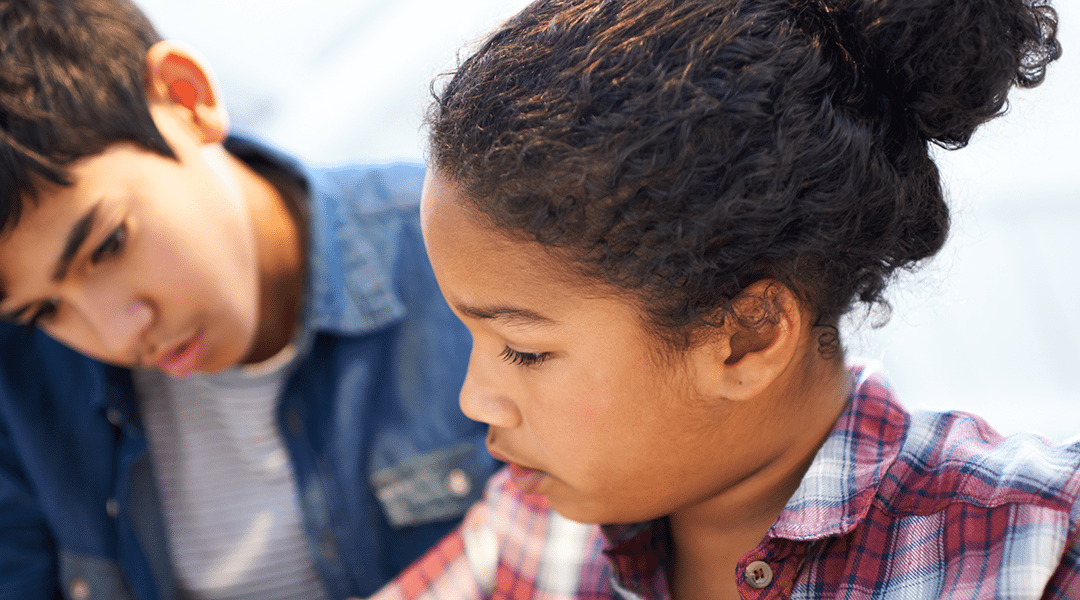 Fanny Sosenke started the after-school club Girls Who Math because she wants girls to have a safe space to take risks.

The 6th and 8th grade math teacher at Avenues: The World School in New York City, says all too often she sees girls call themselves “stupid” and be quick to ask for help when they struggle to solve a problem. She says boys, on the other hand, chalk it up to simply not knowing the answer and will, instead, keep trying.

Fanny hopes Girls Who Math can ease girls’ anxiety by showing them that math can be cool and fun.

“When girls are by themselves, they’re not afraid to be silly and make mistakes,” Fanny says. “It increases their confidence.”

In Girls Who Math, Fanny tries to make it comfortable for girls through making light of her own mistakes, and by encouraging them to replace “I can’t” with “I’ll try,” and “I don’t know how” with “It will take time, but I can find out how.” Games such as SET, which uses cards to explore puzzle-solving, and the dice-rolling game Tenzi also help create a collaborative learning environment.

Fanny also tries to introduce her students to other creative applications of math. Recently, her girls started developing a math and social justice book to explore how data and social issues intersect. One pair of girls demonstrated the gender wage gap with a detailed graph of how much money a woman can potentially lose over the course of her career.

“It’s another way to make girls interested in math, and show them math can be used in a way to talk about something they care about,” Fanny says.

With Girls Who Math only in its first year, Fanny says she’s already heard from many parents that their kids are more excited about doing math, often sticking with harder problems at home until they get the answer. In her classroom, she’s seen girls from the club be more assertive when raising their hands.

Ultimately, Fanny wants girls to be undeterred from pursuing careers where math is used. She also believes that by giving girls the ability to use math in their day-to-day lives, whether measuring ingredients in recipes or interpreting data in the news, they’ll benefit in the long term.

“I believe in equality,” Fanny says. “If you have strong quantitative skills, you have a big advantage in today’s world.”