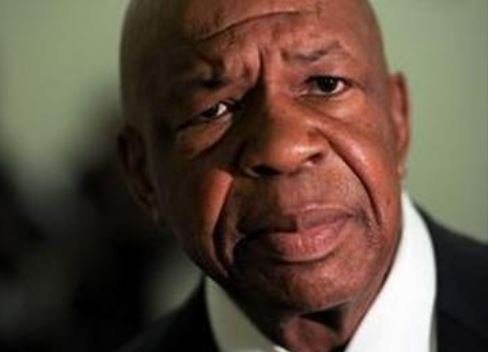 COMMENTARY: What Kind of Nation Have We Become When We Fail to Protect Our Children?

In the wake of yet another mass slaughter of innocent Americans, I am writing to implore my colleagues in both the Congress and our state legislatures to go to CNN’s website and listen carefully to the words of a young American named Cameron Kasky. You can find his declaration of principle and truth on CNN.com.

This 17-year-old student at Marjory Stoneman Douglas High School in Parkland, Florida, is demonstrating more courage, moral clarity and determination about the danger of unregulated guns in America (and, especially, the danger to us all of high-powered, military grade, semi-automatic weapons) than are many of the women and men with whom I serve.

As most Americans now know, on February 14 (Valentine’s Day), Cameron Kasky, his brother, Holden, and all of the students and teachers at their Parkland, FL, high school were forced to fear for their lives.  A deranged person had picked up a lawfully purchased AR-15, took it to the school, and methodically murdered 17 people, injuring another 14.

We also know that, in the era after the Columbine massacre of 1999 (13 dead and 24 injured), mass slaughters with semi-automatic weapons have become a harsh, terrifying and unacceptable reality of American life.

Just as we must redouble our efforts to reduce the violence in places like Chicago and Baltimore, we cannot – and we must not – forget the sense of loss and personal devastation that we felt after Virginia Tech (32 dead).  We cannot brush aside the primitive brutality of Binghamton, NY (14 dead), or Aurora, CO (12 dead), or Sandy Hook (the lives of 27 children and teachers methodically destroyed).

Now, if you think that this partial listing of the butcher’s bill from our failure to adequately regulate semi-automatic weapons of war is incomplete, you are correct.  There is insufficient room in this newspaper to adequately remember all of the casualties from the gun violence that our nation has endured.

What should be heartening to us, however, is the determination and clarity that Cameron Kasky and young people across America are expressing in their challenge to their elected representatives, their governors and the President of the United States.

“At the end of the day,” Cameron observed in his CNN interview, “the students at my school felt one shared experience – our politicians abandoned us by failing to keep guns out of schools….”

“Our community just took 17 bullets to the heart,” he continued, “and it feels like the only people who don’t care are the people who are making the laws.”

There is no period of silence, no equivocating delay, no overreaching argument about the constitutional sanctity of our Second Amendment that is adequate to counterman a simple, compelling and unavoidable truth.

Every last elected official in America, and every last citizen who voted for us (or failed to vote at all), bears a measure of responsibility for this failure and its bloody toll on human lives.  Yet, as Cameron Kasky also acknowledges, we are not all equally culpable.

“The truth,” he observed, “is that the politicians on both sides of the aisle are to blame. The Republicans, generally speaking, take large donations from the NRA and are therefore beholden to their cruel agenda. And the Democrats lack the organization and the votes to do anything about it.”

We, who have been elected to serve and protect our Constitution and the American People, can only stand before this challenge, acknowledge our failures and seek to reclaim our honor.

As a first honest step, we can acknowledge that before the federal assault weapons ban expired, it did not stop all killings, but it did significantly reduce the carnage.  We who serve in the Congress have the power, right now, to renew those protections.

The proposed Assault Weapons Ban of 2018 [H.R. 5087], sponsored by my colleague, Rep. David Cicilline of Rhode Island, now has more than 173 co-sponsors.  Senator Diane Feinstein’s companion bill [S.2095] has 29.  I, along with all of Maryland’s Democratic Delegation, am fighting for its passage.

However, in proof of Cameron Kasky’s indictment, there are no Republicans in support of these modest, protective measures, only a few Republicans support strengthened background checks, and a Republican House and Senate leadership, beholden to the NRA, is denying us the ability to even have a floor debate and up-or-down vote.

Nevertheless, I am cautiously optimistic that the will of the American People will prevail.  A recent Quinnipiac opinion poll found that 67 percent of Americans (including 43 percent of Republicans) now favor an assault weapons ban.  Even more encouraging, the young people of our nation (along with many of us who are older) are mobilizing.

This growing movement for greater safety, security and sanity in our national discussion about guns – this March for Our Lives – will be bringing upwards of 500,000 Americans to Washington, DC, on March 24th – with companion marches across the nation, including here in Baltimore.  For more information, go to https://marchforourlives.com/ on your Web browser.

Even if you can’t march on the 24th, please remember this.  Our Constitution (including its Second Amendment) was not designed to be a collective suicide pact.  It was designed to protect the safety, as well as the liberty, of the American People.

Above all else, and whatever political obstacles may be placed in our path, we must protect our nation’s children.  Our sacred oaths and honor demand that – and more.

The post What Kind of Nation Have We Become When We Fail to Protect Our Children? appeared first on Afro.