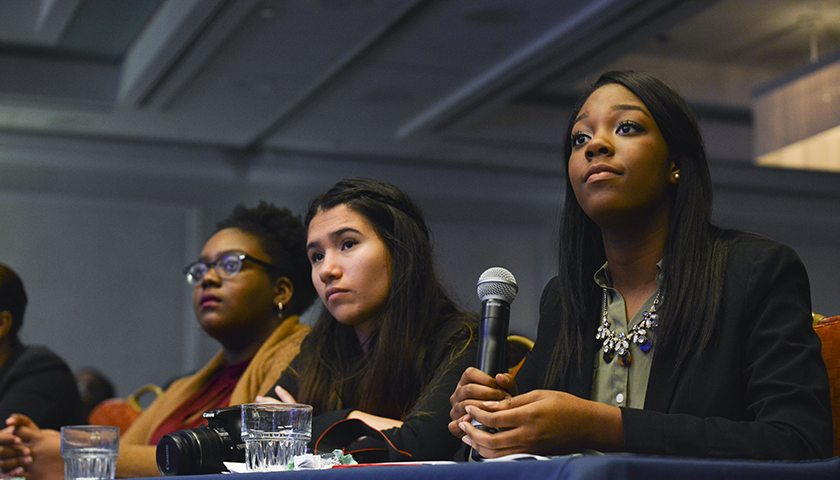 According to a recent report by Education Week, states have largely ignored a critical mandate of the Every Student Succeeds Act that calls for schools to measure the social and emotional competencies of their students.

“Not a single state’s plan to comply with the federal education law—and its broader vision for judging school performance—calls for inclusion of such measures in its school accountability system,” according to Education Week.

However, advocates for measuring social-emotional learning have said that the current tools need more refinement, before the U.S. Department of Education weighs in.

“Existing measures of social and emotional development, which largely rely on students’ responses to surveys about their own character traits, are not sophisticated and consistent enough to be used for such purposes, they have long argued,” the Education Week article said.

Even as school districts in Anchorage, Alaska; Austin, Texas; Chicago, Ill.; Nashville, Tenn.; Oakland, Calif.; and Sacramento, Calif., are actively engaged in incorporating social and emotional learning into their curriculums, civil rights leaders continue to encourage Black parents to get involved with the implementation of ESSA.

“We have noticed that, under the Trump administration, there has been a shift in priorities concerning the implementation of some practices of ESSA, since its inception in 2015,” said Elizabeth Olsson, a senior policy associate for the NAACP Legal Defense and Educational Fund. “However, state and district officials still have to comply with the law.”

Olsson continued: “The U.S. Department of Education needs to make sure that it continues to scrutinize state programs to ensure that states are recruiting effective educational strategies, reducing practices that push students of color out of school systems, and identifying support programs, including professional teacher development and funding for alternative classes, like restorative justice.”

Olsson said that restorative justice programs really help get to the root of student behavior.

Liz King, the senior policy analyst and director of Education Policy for the Leadership Conference on Civil and Human Rights, said that there are still a lot of open questions about how Education Secretary Betsy DeVos is going to implement ESSA.

Earlier this year, after a hearing with a House Appropriations subcommittee, DeVos was roundly criticized by the civil rights community, when she seemed to endorse a state’s right to discriminate against children.

During the hearing, when Rep. Katherine Clark (D-Mass.) asked DeVos, if her Education Department would require states, like Indiana, to end the practice of funding schools that openly discriminate against LGBTQ students and families, “DeVos didn’t say ‘yes’ or ‘no,’” Slate.com reported. “She just smiled and stuck to the generations-old cover for violent oppression in America. ‘The states set up the rules,’ she said. ‘I believe states continue to have flexibility in putting together programs.’”

King continued: “What we need to hear from the president and the secretary of education is a commitment to the law, the Constitution, and the rights of all children in the United States, focusing particularly on historically marginalized students.”

King said that the biggest difference between the way that ESSA was handled during President Obama’s administration versus the way the law is being handled now is the commitment to protect the civil rights, dignity, safety and respect for all children in this country. King added that children feel less safe and feel like their rights are being taken away, under the Trump Administration.

In a letter to Senator Patty Murray (D-Was.), DeVos claimed that the way that the Office of Civil Rights (OCR) handled “individual complaints as evidence of systematic institutional violations,” under the Obama Administration, “harmed students.” DeVos also promised to return OCR to a “neutral, impartial investigative agency.”

As minorities continue to enroll in schools across the country at higher rates than their White peers, King said that parents and community members need to act now to make sure that the myriad needs of students of color are fully addressed in ESSA state plans, that includes access to advanced English and math courses and addressing the disparities that exist between how Black students are disciplined compared to White students.

“We have to address the issue of ESSA now, because decisions that are being made will have consequences for years to come,” King said. “One thing that is important to remember is that the implementation of ESSA does not happen in a vacuum.”

King continued: “ESSA is the opportunity for parents to work together with various coalitions, the press and grassroots organizations to shape the way the educational system will look for their children and for their futures in their own states.”